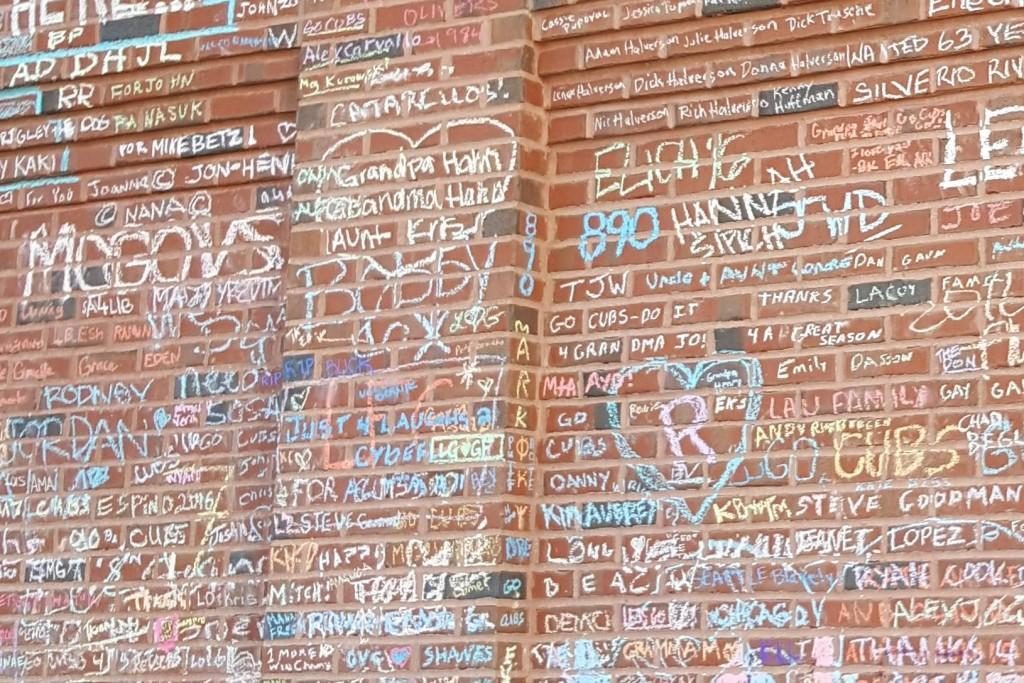 On the night of November 2 forty million Americans were glued to their TV sets, watching history in the making. That night the Chicago Cubs won baseball’s World Series in dramatic fashion. It has been 108 years since they had won that trophy. All the talk of a curse, the Billy goat theory and every other type of jinx talk ended with one winning team making its place in history.

The impact of it all was seen dramatically on a wall outside Wrigley Field. Loyal fans scribbled the names of friends and relatives who passed away before seeing their team win a World Series. The longest sports drought in US history had come to an end.

Cubs spark hope around the world

Even non-Americans overseas celebrated. My colleague and IBEC trainer, Rick Buddemeier sent me comments from friends of his in West Africa. They saw a principle with the history of the 2016 Cubs.
Pr. Albert Ocran said, “Where there is life there is hope.” Pr. Sampson Dorkunor declared, “We must never give up.”Others commented on the importance of patience, tenacity and endurance. Amazing – people looked on from the small nations of Ghana and Togo and took hope from a sport they knew little about. But they saw values at work.

“Where there’s life there’s hope” is attributed to J.R.R. Tolkien1 whose character Samwise Gamgee declared it in The Lord of the Rings. In another of Tolkien’s famous quotes, “A single dream is more powerful than a thousand realities.”

Really? Apparently so for the likes of Kwashie, Albert, Sampson, and Humphrey who operate small businesses in West Africa while trying to make a difference in people’s lives, not only economically but spiritually and socially. For them, the Cubs gave them hope.

While their first hope is in God, this temporal reminder gives hope as they see others who never gave up – even in the faraway city of Chicago. They see patience, endurance and tenacity (see my recent blog on GRIT)2 and it inspires them in their life, business, church and their community.

Sure, these guys know it takes lots of hard work, skill and a host of other qualities, they are struck by the importance of HOPE! Hope for business success, hope for more jobs to be created, hope for social and spiritual transformation – through a hair salon, a farm and through the business college.

Maybe Tolkien got his inspiring quote from a wise person of long ago. The writer of the biblical book of Ecclesiastes declares in 9:4 “Anyone who is among the living has hope…” and that is most certainly based on the God of hope (Romans 15:13).

So hope is both an ancient and modern concept. It is rooted in biblical Judaic principles and repeated by the most prolific New Testament writer, the Apostle Paul. It is promoted by Tolkien, demonstrated by the Chicago Cubs, and admired by small business owners and pastors in Ghana, West Africa.

Yes, HOPE is important for all of us.

1. The Lord of the Rings, J.R.R. Tolkien
2. Does GRIT explain the success of a BAM business?,Larry Sharp, IBEC Blog (https://www.ibecventures.com/blog/grit)