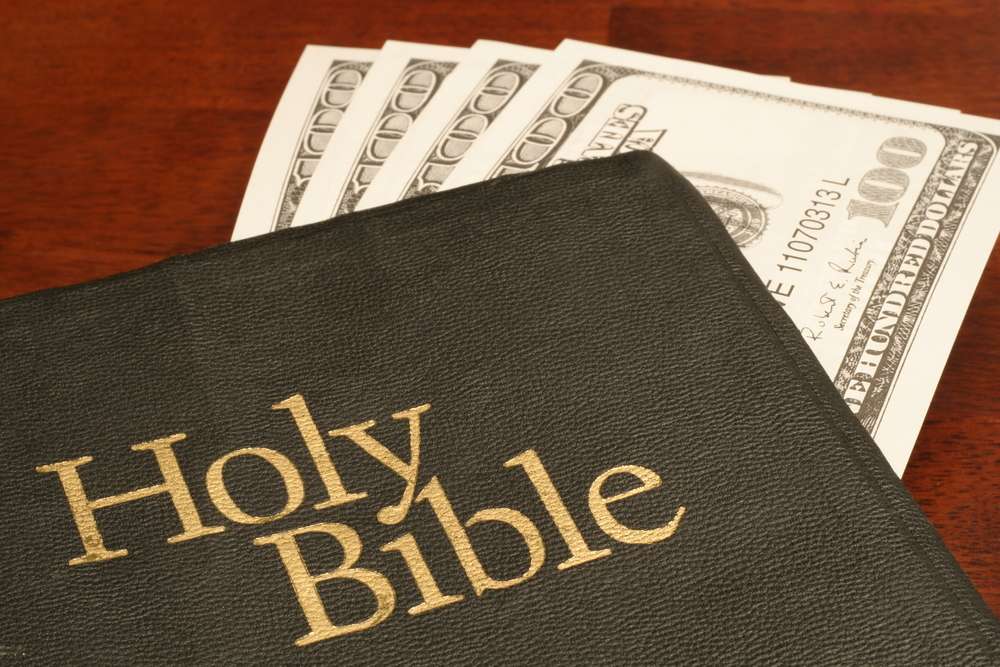 I was intrigued to read the Forbes list of 2020 world Billionaires,1 this year taking special attention to those at the top, noting those who had increased their net worth and those who had lost.  I have never been too curious about these things, but one thing piqued my attention. Ten of the top twenty-five billionaires in the world did not have inherited wealth; it all began with them.  In fact, according to Rafael Badziag,2 sixty-seven percent of all of them are self-made.

The point of this blog is not to share advice on how to get filthy rich, but more about what drives people to success when starting from nothing.  Is there something worth noting for Business As Mission success, not that any of us will become billionaires; but are there lessons on what makes these guys tick that could be instructive?

The stories of Phil Knight selling shoes out the trunk of his car; Jeff Bezos starting in his garage; and Warren Buffett buying stock when he was eleven years of age are well known. The stories of Sergey Brin, Larry Page, Mark Zuckerberg, Bill Gates and Larry Ellison, all dropping out of school to do something more immediate which attracted them are also fascinating.  What might be the key factors which drove them to succeed?  Might there be keys for success in BAM businesses?

In his book, “The Billion Dollar Secret”, Badziag found that the “self-made” billionaires he interviewed aren’t motivated by wealth. Instead, they “have a strong sense of purpose and passion for their work,” and are motivated by a desire to “to grow and learn no matter how big their bank accounts get,”2 he says.  Steve Jobs said that he never did it for the money, but he started Apple with a simple vision of trying to create a “computer in the hands of everyday people.” and they ended up succeeding beyond their wildest dreams.

Narayana Murthy, founder of Indian technology company Infosys, says he was driven by the belief that the only way to solve the problem of poverty was “through the creation of jobs with good incomes and that entrepreneurship was the best instrument for such a solution.”2 The same passion that drove Jobs to success is the same for the founders of Google, Microsoft, Oracle and Facebook.  They wanted to solve a problem.

BAM visionary leader, Mats Tunehag, notes in reference to The African Entrepreneurs that not one of them said, “I am in it for the money.”  They were all driven by the opportunity to make a difference in their country. BAM business entrepreneurs are driven to solve a problem about which they are passionate.  They know that they are “created to create” (Deut. 8:18) James Bartle, of Outland Denim, was driven by his concern for human slavery as defined by the trafficking industry. He just had to do something.  Veteran Texan business owners, David and James, were motivated by the needs of handicapped and disenfranchised in a specific Asian city. They wanted to train and provide jobs to the deaf, mutes, and others without hope. BAMers are driven by a passion – a love of God and a love of people (sometimes called the Great Commandments of Jesus3).  They don’t do it for the money (though money is an important and necessary result).

Sergey Brin and Larry Page found it difficult to get anyone interested in their ideas, so they decided to start their own company in a Menlo Park, CA garage.  It was not smooth ride for Phil Knight as he sold his Japanese-made shoes out of his car trunk. Shipments from Japan were rarely on time, and he frequently faced major financing problems. Banks were reluctant to provide the loans needed, and two banks ultimately dropped him as a customer.  Larry Ellison dropped out of college twice, bounced around from job to job before starting his first company with $1200 out of his own pocket.

Dignity Coconuts had plenty of challenges on its road to a profitable BAM company in the Philippines, with the constant threat of typhoons, difficulties with a regular water supply, a lack of skilled labor and a difficult geography.  But like JB in China learned early on, “the business belongs to God and I am but a steward.”  All BAM businesses who have a measure of success have multiple stories of how God did a miracle because the obstacles seemed unsurmountable.

Every BAM owner depends on God to mitigate or remove the mountainous obstacles they face, and are encouraged by biblical reminders like “…if you have faith like a grain of mustard seed, you will say to this mountain, ‘Move from here to there,’ and it will move, and nothing will be impossible for you.” (MT 17:20). Scriptures such as these are what a determined BAMer depends upon, “Do not be anxious about anything, but in everything by prayer and supplication with thanksgiving let your requests be made known to God.” (Phil 4:6).  And “…let us not become weary in doing good, for at the proper time we will reap a harvest if we do not give up.” (Galatians 6:9).

There is often a strong correlation between overcoming the obstacles and the results of the patient working and waiting.  James Bartle told me they planned and worked for six years before they opened up the business. Overnight success is a myth! The key is to NEVER GIVE UP, as Steve Jobs, Warren Buffett, Walt Disney, Thomas Edison and myriads of others will attest: (https://ibecventures.com/blog/dont-give-up/).

When Elon Musk was asked how he learned to build rockets, he reportedly answered, “I read books.”

Warren Buffett is another great example of a self-made billionaire who is always looking to increase his knowledge. When he started his career, he famously read over 600 pages a day. To this day, he still spends five to six hours a day reading five newspapers and 500 pages of corporate reports.  Check this out:4

As Jesus followers, we read the Scriptures regularly, but we should also read biographies, culture, and business books.  Reading and watching the news in our countries not only keeps us in touch with the world, but it helps us develop in the language of our business community. I had an employee in Brazil some years ago.  He lived at some distance and I only saw him periodically. When he did come into the office, he always asked me, “Larry, what good book have you read lately?”  I wanted to be always learning and I never wanted to let him down.

“According to a study by Thomas C. Corley, the author of Rich Habits: The Daily Success Habits of Wealthy Individuals, 50% of billionaires wake up three hours before their workday. Jack Dorsey, CEO of Twitter, reportedly wakes up at five a.m. every day to meditate and exercise. The same goes for Richard Branson, the founder of the Virgin Group, who rises at 5:45 a.m. to exercise.”5

Studies have shown that working out regularly can boost memory, concentration, and mental sharpness — traits that can have a big impact on your career and success. Mark Cuban does an hour of cardio six to seven days a week. In addition, Richard Branson claims that the habit adds 4 hours of productivity to his day.

Meditation is a part of many billionaire’s lives. Oprah Winfrey has said sitting in stillness for 20 minutes, twice a day, instills in her a sense of hope, contentment, and joy. “Knowing for sure that even in the daily craziness that bombards us from every direction, there is still the constancy of stillness,” Oprah wrote on her website. “Only from that space can you create your best work and best life.”

What does a balanced life look like for Kingdom business owners or entrepreneurs? It includes all of the above with the added component of care for our family and our spiritual life.  “Keep this Book of the Law always on your lips; meditate on it day and night, so that you may be careful to do everything written in it. Then you will be prosperous and successful.” (Joshua 1:8).

Some years ago, two others and I were coaching an owner of a manufacturing company in Asia.  While talking in the family living area one evening, the owner’s wife caught my eye and motioned for me to step down the hall for a minute.  She broke into tears as she told me that Mike was spending 80 hours a week in the plant and she and their little daughter rarely saw him.  She asked for my help.  Thankfully, Mike responded to some counseling that I arranged, and the family and the business is flourishing today. “There is an appointed time for everything. And there is a time for every event under heaven.”  Eccl 3:1).

These four keys for success are common in successful billionaire men and women; but more importantly they are keys for all of us seeking to have a successful Kingdom Business – not that we become wealthy – but that we create wealth (Deut 8:18) and jobs for the benefit of people in need and for the greater glory of God.

2  CNBC: 3 traits self-made billionaires have in common, according to a guy who interviewed 21 of them.

4  Bill Gates, Warren Buffett, and Oprah all use the 5-hour rule. Here’s how this powerful habit works.