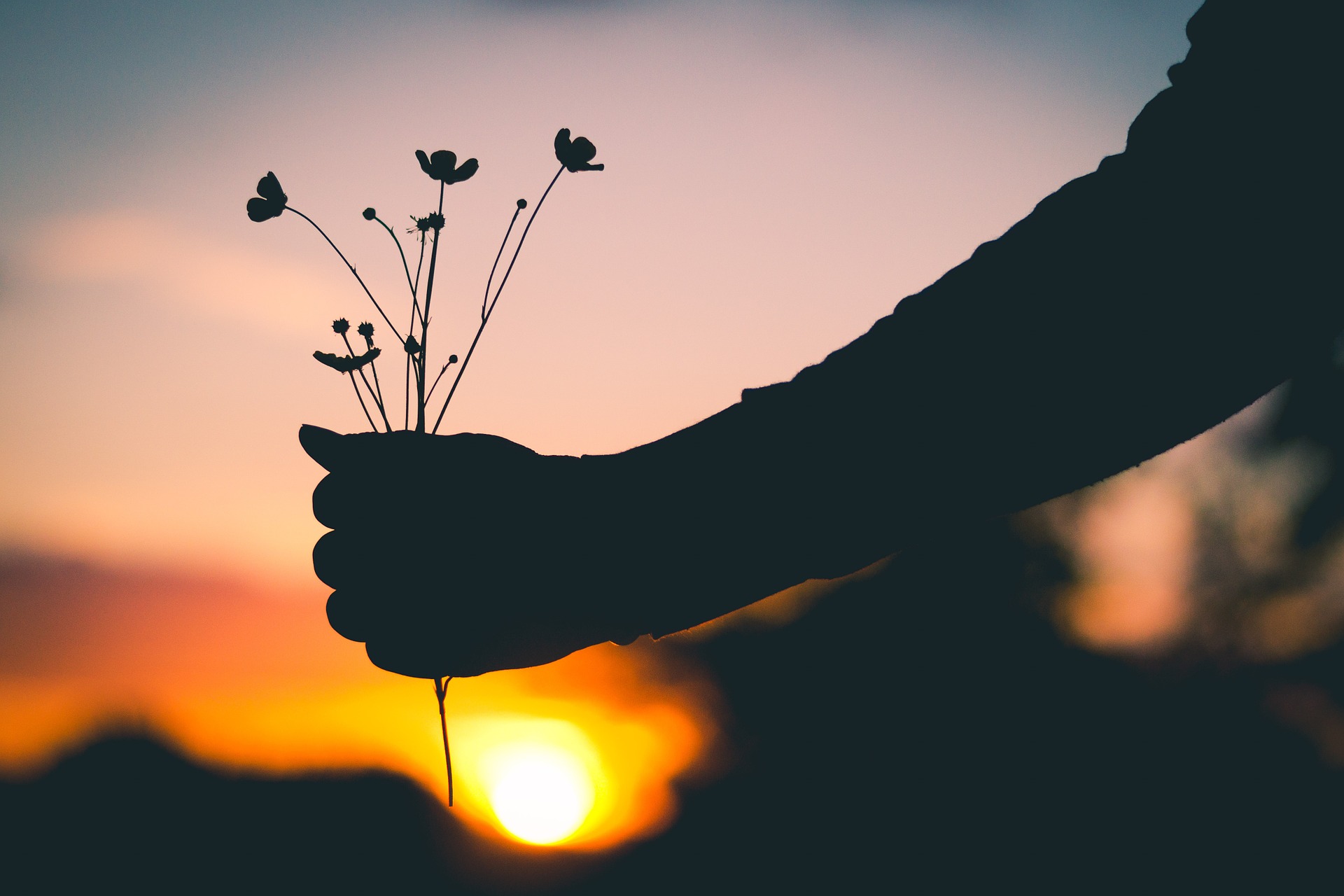 The following is a report by international BAM spokesperson, Mats Tunehag.  He reproduces a speech by the founder and CEO of a freedom business, Annie Dieselberg. IBEC partners with the Freedom Business Alliance and this article breathes insight and inspiration into several issues in the BAM movement and especially developing freedom businesses. IBEC partners with the Freedom Business Alliance, where Larry Sharp is a member of the advisory board.

My wife and I spent a couple of weeks in Thailand, Cambodia and Laos in August. The focus was freedom! Freedom from slavery and injustice, and freedom to live in truth, enjoy beauty, create wealth and share goodness. This is the story of freedom business.

We know that jobs with dignity are a primary need for prevention of human trafficking. It is also a must to bring restoration of survivors of modern day slavery.

To that end the Freedom Business Forum was held in Chiang Mai, Thailand in late August. It was the first global gathering of its kind, and about 140 people from all continents participated. It was a great mix of people and talents, all committed to true freedom through business, with all their hearts and minds.

Freedom business is hard, but necessary. And some are called to it, and as Pope Francis says: “Business is a noble vocation, directed to producing wealth and improving the world.  It can be a fruitful source of prosperity for the area in which it operates, especially if it sees the creation of jobs as an essential part of its service to the common good.”

The concluding keynote address at the Forum was held by one of my heroines, Annie Dieselberg. She runs a freedom business in Bangkok. Her calling is clear and her commitment exemplary. Her challenging freedom business journey is reflected in a most inspirational speech. Here’s Annie:

Hold fast to your dreams

My children recently decided they needed to make some money. Secretly they began creating products and then they laid them out on the table and announced their store was open. They invited mom and dad to come and to make purchases. What they had created was paper bookmarks, origami, and drawings, which they had priced at around 10-20 baht each. My husband and I each chose a couple of their products and my kids proudly pocketed their income with plans for an outing to the nearest 7/11. They had figured out that earning money was purchasing power and the ability to make choices.

Most of us, if not all of us, at young ages, became aware of the power that money has to give us choices in life. Most of us probably came up with innovative ideas of how to make some money to gain choices that our parents were not providing for us. From lemonade stands, to car washes, to babysitting, or mowing peoples’ lawns, there was in us a desire to create money, because money is purchasing power and gives the ability to make choices. The ability to choose is not something to be taken for granted. It is something that comes with freedom.

Freedom allows for choice, which can be used for good or for evil, for self entirely or for the good of others.

My older daughter Kristina was a nanny for a very wealthy and prominent business family. One day my daughter and the 3 year old were discussing friends. The wealthy family traveled so much that she didn’t have any friends to play with. The 3 year old announced, “That’s okay, I will buy friends.”

This 3 year old already understood that money was power. From her worldview she could get anything she wanted with money. She is too young to understand the negative consequences of misuse of money and power, especially when it comes to relationships.

The business of prostitution and sex trafficking makes billions of dollars of profit for people with evil and selfish goals. It preys on vulnerabilities of people who have few choices in life and turns them into slaves and commodities. It is an obscene abuse of power and of wealth. The dreams of the victims to gain income for their families and improve the quality of life, quickly turns into terrorizing nightmares that scare away their dreams.

Prior to working with women in prostitution, I mostly viewed the business world as the other side – where greedy and selfish people used money used for privilege and exclusivity while ignoring or exploiting the vulnerabilities of the poor. I made the mistake of dismissing business as a whole.

Somewhere around 2003 however, I was introduced to Business as Mission and I began to see the strength of business and the opportunity for individual, community, and global impact.[1] I realized that it wasn’t business or making money that was evil and self-serving, but the misuse of that privilege. I realized that the creation of business, is a key to sustaining freedom, by providing survivors life-giving choices.[2]

I am a survivor… I have survived being a pioneer in the freedom business movement. In 2005, my team and I began NightLight Design Co. Ltd. The story I have told many times over is a humble beginning with one girl over a coke at McDonalds learning to make a necklace. She needed a job and I promised her one so with a prayer and a leap of faith we began. Though I had 5 years experience working with survivors, I did not have any professional business experience. Being a pioneer in the field I had no mentors that could guide me in creating or operating a freedom business.

Initially visiting business people’s advice lacked awareness of the challenges of working with survivors. Mission groups came through with advice on addressing the spiritual or emotional needs, but their advice lacked the understanding of the business side. I quickly discovered that we were pioneers with a big machete in hand, hacking through the jungle vines. We would encounter valleys and mountains, we would get hit in the face with branches, bit by spiders and snakes, trip and fall on our way to find the path. It was messy and it was and is an adventure.

The business took off quickly with a lot of excitement. By the third year we had 88 women employed. I made a hasty and foolish promise to God that I would not reject anyone who came our way for help. It was a promise I couldn’t keep. As other organizations began to emerge with similar businesses and the market quickly became saturated, we began to realize that our model was not sustainable.

We came to a crisis point a few years ago. The negative voices thundered in my head and I began to cave in and doubt the vision that I had believed came from God. I almost quit. I almost gave in to shutting down the business. At about that time Jennifer Roemhildt Tunehag[3] came through with encouraging news about the launching of the Freedom Business Alliance[4] and instilled some hope back in me.

Around the same time, God gave me a vivid dream that was a clear warning against aborting the vision. I decided to take a stand and rather than give up we did some re-structuring to save a failing business. That restructuring began to turn things around.

Recently my family was returning from vacation at the beach when my 6 year old daughter asked, “How do you get a hotel?” wow, what a loaded question. Now that I have been in business, I began to list many of the steps from planning, to investment, to design, to construction, interior decorating, restaurant set up, menu, guest services, staffing, and marketing.

By the time I was done listing I concluded that it is a huge project that involves a lot of work. My daughter was not anywhere near as overwhelmed as I was and announced, “I am going to have a hotel.” What was it that made her decide she wanted a hotel? It was her positive experience. She had made the connection albeit naïve, that having a hotel could give people, including herself, a positive experience. She had a dream.

I had a dream of a business that would employ survivors and give them a positive experience. I really had no idea what I was really getting into, but I had a dream and in spite of the challenges I was not going to give up.

Since 2005 we have seen 175 women come through the holistic employment program of NLD and NLF. The women are employed in an environment of faith, hope, and love that they have never experienced before.

One of my heart stories that drives me is a woman I met when she was still in prostitution. She told me that sometimes she did not know if she was still a human being so she cut herself. She said if she saw blood and felt pain she knew she was still alive, still human. When she started making jewelry at NightLight she said to me, “Annie, I used to catch myself with my head low because I was so ashamed of who I was and what I was doing. Now I catch myself with my head up high because I am proud of what I am doing.”

Today that same woman is on staff managing the materials department. She teaches new women and expat groups how to make jewelry. She now has power of choice in her life and she is choosing to make an impact in her community.

I believe many of you are starting out or in a stage of the dream where it feels hard and honestly when we hear the presentations of some of the very successful businesses it can feel overwhelming. We wonder how we will ever get to that measure of success. We wonder sometimes if we can legitimately call ourselves a business in comparison. We resonate with Kerry’s[5] description of heart-driven decisions. But honestly, none of us here are only heart people. We all have a little of the brain at least. And brains, you all have at least some heart. Otherwise none of us would be here at this forum.

The Freedom Business Alliance is in fact an intersection of the two. If we were all heart, we would be content just working at a soup kitchen or a relief agency. If we were all brain we would probably be doing business completely oblivious to the crying demands of survivors. All of us are here because we either have big hearts with growing business brains, or big business brains with growing or enlightened hearts. We all dream of a world where business has a great social impact and provides jobs, freedom, choice, and quality of life to survivors, their families, and their communities.

Langston Hughes wrote, “Hold fast to your dreams, for if dreams die, life is a broken-winged bird that cannot fly.” The women we encounter in the sex industry are broken-winged birds who cannot fly, birds caught in cages, bought and sold and with each sell they lose sight of themselves and their dreams.

Freedom businesses open up the cage doors and bring the broken-winged into a place of security, of love, of healing, and of hope.

Freedom business founders and leaders, hold fast to your dreams! I cannot promise it will be easy, but with each bird, each woman, who flies again, we forget the costs, the labor, the sacrifice, and we celebrate life and freedom.