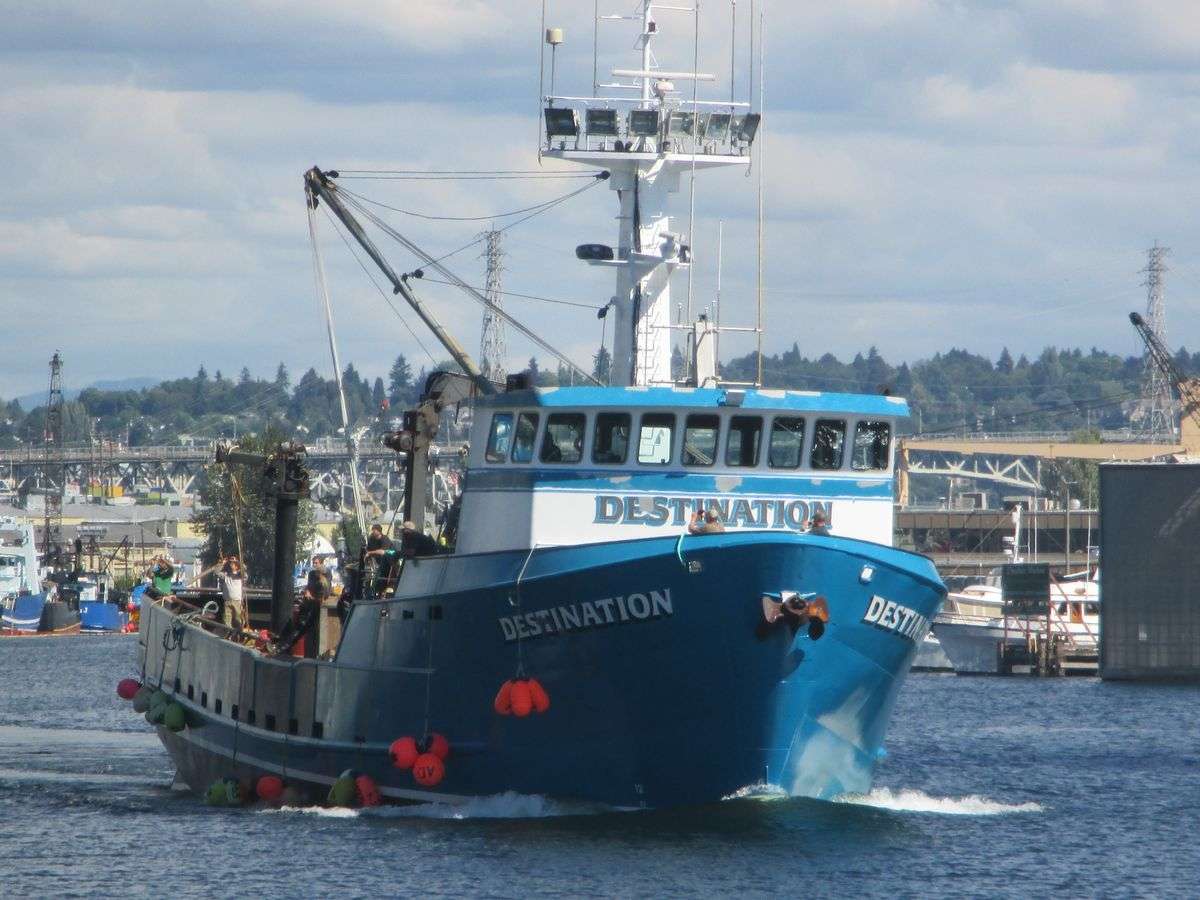 I worked in the fishing industry for several years in my youth, everything from boats at sea, the slime line in the plant, and management, so my interest often piques with high profile fishing stories. A recent one was the sinking of the crab boat, Destination in the Bering Sea in February 2017, taking with it the lives of six fisherman based in Seattle, where I live.  The investigation was completed just a few months ago.

While there remain several unsolved mysteries in the story of why the Destination sank on February 11th, the investigation did highlight some likely factors that contributed to the sinking.  The intrigue was elevated because the crew was highly experienced, safety conscious in the past, and the captain was highly revered in the industry. Why did this 103-foot crab boat destabilize and leave us with so many questions?

The answers seem to surround the word stability, and the application of the factors have implications for small businesses. They can be categorized as Internal Factors and External Factors.

All ships are built around stability formulas and consequent assessments.  The guidelines are monitored regularly, since stability is also affected by weight on board such as the crab pots and fuel. As it turns out, there was serious ice accumulation on the Destination and models determined this totaled upwards of 200,000 pounds across the entire surface of the boat.  The crab pots on the deck were accumulating about 6,000 pounds per 15 minutes around 5 pm on Feb 10th. The investigation concluded that the inclement weather and significant icing compromised the vessel’s stability. These external factors were key indicators.

What external factors can compromise the stability of a small business?

Many analysts use the four words represented by the acronym PEST = Political, Economic, Social, Technical.

Political – Political uncertainty always exists worldwide.  Even in North America, we are concerned. The consensus among 1,400 chief executives of the globe’s largest companies is that the world is growing more fragmented and unstable, which for business is manifesting in divergent legal and regulatory schemes, corruption, and differing cultural beliefs among consumers.

One of IBEC’s clients was forced off his lease in violation of a contract, because corrupt officials had designs for a hotel on that spot. At this writing, a large BAM company in Asia is in a land dispute over owners of their sizable property.

Surveyed by PwC for its Annual Global CEO Survey, 74% of the CEOs cited “geopolitical uncertainty” and 73% listed “exchange rate volatility” as big threats to business growth. Those concerns were topped only by that perennial bane, over-regulation, which 79% of the CEOs cited as a threat.1 Certainly, such concerns are exacerbated in north Africa, the Middle East and Central Asia.

Economic – North American economists have predicted low levels of economic growth for western economies; but the factors significant to the developing world are high levels of inflation, elevated and fluctuating interest rates and currency levels, unreasonable taxation rates, an uneducated labor pool, and so on.

Until world leaders clearly understand that profit-making business is the only way that wealth is created (Deuteronomy 8:18), serious poverty will continue.  The Poverty Cure video demonstrates how the world aid system is broken – that includes government, church, personal and corporate “aid”.  https://www.youtube.com/user/povertycure

Social – Cultural virtues and limitations have an impact on the stability of BAM businesses. One hundred years ago, Max Weber argued that the Protestant work ethic, supported by Reformation teachings, was that the pursuit of wealth was a duty, which led to the fact that he ultimately inculcated the virtues needed for maximum economic productivity.

Numerous academics, sociologists, and economists have highlighted certain values which are required for economic growth, such as:

Technological – Stories of rural communities returning to hauling water by hand for miles as soon as the pump installed by foreign aid workers breaks down are prevalent in Africa. For them, it may have been magic, and magic comes and goes depending on the gods. Innovation is not a high value in many societies.  A water purification business we coached in Asia, worked well until clients of the owner, could not save money for filter replacement, so they went back to drinking the water as they always had.

All of these and many more external factors contribute to destabilizing small businesses in developing areas.  What can be done?  We advise that business owners listen to the news, get to know other similar business owners and community leaders, and retain consultants who have experience in the country and culture.

Every business enterprise has internal culture factors, (in addition to external ones cited above), which affect its success.  The Bering sea fishing industry is extremely dangerous, dark, freezing, and remote, and the fishermen take these high-risk factors very seriously. But the commercial fishing industry culture and a self-imposed pressure, may have contributed to the Destination accident.

There is pressure for quotas, which push the men to work long hours.  Such was true for Captain Hathaway and his men who were definitely fatigued and affected by an industry culture of “sleep is for the weak” or “I’ll sleep later”.  There were other boats in the area which took precautions, staying in the lee of an island, or taking time to beat ice off the boat.  One crew member of the ship had texted his father earlier, “I haven’t slept in days.”  It appears that there was an internal factor:  judgment may have been compromised by a culture of time pressure, which created exhaustion.

What are internal factors which can compromise the stability of a small business?

These external and internal factors which affect stability, are somewhat analogous to an ocean-going vessel.  They are a small sampling of important factors which demand attention.