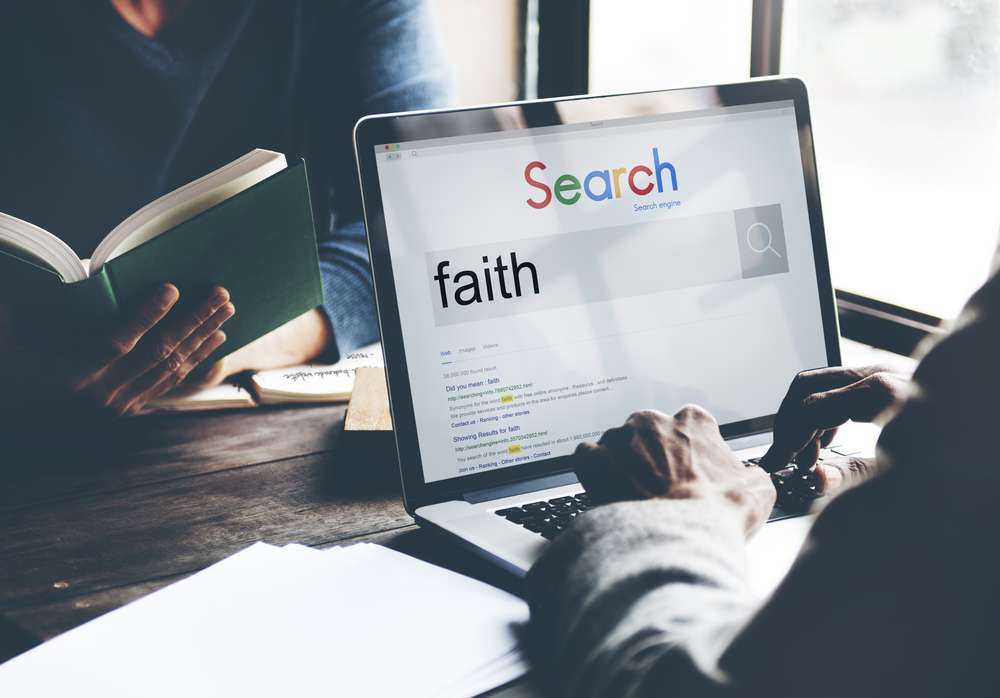 What if a mature profitable technology laboratory existed for the purpose of creating mobile solutions for solving real problems for scalable startup and corporate companies?  What if they were not simply coders, but scientists, artists, and creative thinkers? What if they were able to design apps for a wide array of devices, build out their codes and design them from scratch, engineering their internals to become beautiful interfaces integrated with the user experience? And what if their expertise did not stop with creating awesome mobile apps but extended to the creation of innovative and effective cloud services?

What if everyone of the more than fifty employees loved what they do, are having fun doing it, and are doing it for Jesus?  Yes, what if faith was a key driving consideration each and every day because there is a foundation of Kingdom values and principles so that the business is their ministry?  And it gets even better.  What if they had a vision even beyond their company with its employees, clients, vendors, community – to their city, state, and the unreached world, even in the Eastern hemisphere?

I first met Danilo on Zoom after he had read one of our IBEC blogs and wanted to talk about what we did. Having lived in Brazil for two decades, I was more than excited. Quite honestly, I was most excited with the reason for the call, which he continued with Bob Bush; subsequent conversations have resulted in a partnership between IBEC Ventures and Snowman Labs. I don’t claim to understand the depths of the technology services, nor even the business model of this Kingdom company, but what intrigued me most was their desire to use their model to reach the spiritually unreached of the world.  Wow, I thought, it doesn’t get much better than that!

Snowman Labs began eight years ago, with three friends who wanted to make a difference in the market. As forward-looking innovators, they realized that users were moving to a mobile world, and companies were not prepared to offer good experience on that platform. So, their key deliverable focused on providing a digital solution in the UX UI design to help companies reduce cost and maximize their outcome. They did this without having to create an entire digital infrastructure in-house.  One line on the company website tells it all. “We want to transform people’s lives and impact business through technology, business solutions and design.”

Danilo as CEO, partners with two others and together all three owners are accountable to each other and to the ultimate vision – excellence for the glory of God and alignment with Kingdom values.  They see Snowman as their ministry and their mission field.  They live out the Kingdom of God, and they do it with practical and measurable metrics. Not only do they have satisfied customers, but lives are actually being transformed. Often times, it is enough to have workplace actions speak for themselves. But Snowman Labs does intentional things like a weekly devotional called “Segundo fire”; and they are involved with three different community ministries. They have a “performance” program with the employees based on the Scriptures. An app they developed called “Semana de Avivamento” (Revival Week) has resulted in more than 40,000 downloads of people making inquiries about the Gospel, with more than 400 churches involved in counseling. Their goal is planted churches among vulnerable families.

As Rafael Pires of Startup X states, “It’s always a pleasure to work with Danilo. He’s very focused on helping entrepreneurs and has a deep knowledge about startups. I met him in 2013 when we organized the 1st Startup Pirates program in Brazil. Danilo played the role of lead organizer in Curitiba, making sure everything needed was there to help new aspiring entrepreneurs. From closing partners to bringing the experienced entrepreneurs on board, he managed it all. Besides his fantastic work with Startup Pirates in Brazil, he’s also a community leader and one of the faces of entrepreneurship in Brazil.”

Brazil is the second largest economy in the western hemisphere and a member of the BRIC group of nations (Brazil, Russia, India, and China). Long known for its mining, agriculture, and manufacturing resources, Brazil is entering the technology space with intellectual capital of the likes of Danilo and his colleagues. The city of Curitiba is an ideal location for the development of high technology, being ranked the 5th best city for doing business in South America. After the U.S., Brazil has the largest number of social media users on Facebook, Twitter, and YouTube, per Kwintessential. Mobile devices outnumber people, and a majority of Brazil’s more than 211 million citizens are avid online shoppers and consumers of internet entertainment, according to PagBrasil. Of the 149 million internet users in Brazil, 139 million are mobile, and Brazilians downloaded more than 7.3 billion apps in 2018, ranking it as 4th in the world, according to Forbes.  All of this makes for a perfect context for Danilo and Snowman Labs.

I asked Danilo to tell me what gives him satisfaction when waking up in the morning.  He reminded me of the challenges of the difficult times, like the tough year they had in 2018, like the low margins they experience in Brazil, like losing about $100,000 dollars with the loss of a contract, and like pivoting during a year of COVID-19. Yet, in all of this, he trusted God to provide. And then he answered my question, “We’re generating more than 55 jobs, we’ve seen people being transformed by the Gospel we’ve been intentionally sharing, and others being impacted by the way we run the business.”

IBEC is privileged to partner with Snowman Labs.  Coach Jonathan provides networking contacts and is helping with marketing and communication with opportunities in the foreign market, particularly the United States, and then beyond to the ultimate goal – meeting technology needs and seeing God transform lives among the unreached.