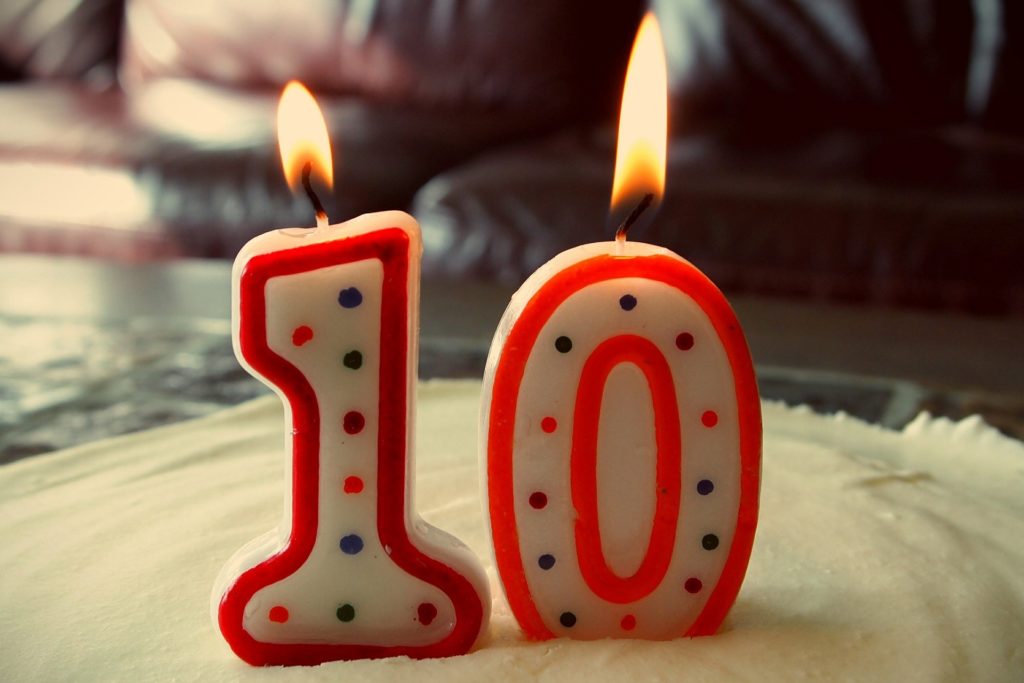 This week marks an important milestone for IBEC Ventures: we’re celebrating our 10th anniversary as an organization! It was this week in 2006 that IBEC was formed. As we reflect on the many blessings we’ve experienced over these ten years, we wanted to share a bit about our history – to help you get to know us better and to see how God uses businesses, IBEC included, to build His kingdom.

Created to solve a problem

IBEC Ventures was formed to solve a problem. In 2005 the leadership of Crossworld, a mission agency, was becoming increasingly interested in establishing business start-ups in underdeveloped, unreached countries, yet they lacked the capacity and personnel for business development in high-risk countries. It seemed that at least some employees could be re-purposed to start and operate businesses but primarily new personnel needed to be recruited and trained.

Crossworld assigned Larry Sharp, VP of Operations, to the task of presenting an action plan. In June 2006 he invited 15 men and women with robust business backgrounds to a day-long consultation in Bala Cynwyd, PA. He and two other Crossworld executives listened as business people made observations and suggestions, many which have been followed to this day.

Incorporation and formation of the board and leadership team

The decision was made to start a separate organization and by late 2006 the Crossworld president and Board of Directors agreed to provide seed capital to incorporate and start a Business as Mission consulting group. The International Business and Education Consultants was incorporated as a Pennsylvania Not-for-Profit on Sept 22, 2006. In 2008 the corporate office was moved to Perkasie, PA and in 2010 the company filed for a DBA as IBEC Ventures, by which it is most commonly known today.

From the start, IBEC has been an independent entity based on trust with Crossworld with a crossover executive sitting in on board meetings. Bob Johnstone had been consulting with Crossworld for a number of years so he was a natural, experienced and competent person to lead the IBEC Board of Directors.

The first board meeting for IBEC was in March 2007 where Bob Johnstone was elected Chairman; Harold Schell, Treasurer; and Torrey Sharp, Marketing Developer. Larry Sharp as Director was an ex offico board member. The bylaws were approved in April and Harold applied for 501 c/3 status, and received it on January 31, 2008. The purpose and vision were established at the first 2008 board meeting. Torrey Sharp worked quickly to set up a website.

New board members began to be added in October 2007, probably the most significant of which was Ken Leahy, who became Director of Consulting Services and also became the architect of the business model, consulting tools and in modeling consulting trips to countries such as China, Kazakhstan, Nepal and elsewhere. By the end of the decade, IBEC was consulting with businesses in China, Nepal, Azerbaijan, Bosnia, Kazakhstan, India, Kosovo, Morocco, the Middle East, Haiti and Indonesia.

In January 2011 IBEC hired Dean Callison as the CEO and Larry became an apologist for Business as Mission and a trainer and speaker on behalf of IBEC. Dean built many relationships including bringing on board member Dave Kier and securing foundation funding. Under Dean’s leadership, we also began to be more intentional about IBEC’s identity thus giving us more relationships within the Christian community in North America. When Dean left in November 2012, Ken Leahy agreed to serve as acting CEO and did so until March 2014. Ken then continued as a consultant with IBEC.

Beginning in 2010 IBEC began to refer to itself as a virtual organization, committed to regular phone meetings and other consistent communication. We started to add consultants from all over the United States. Bob Johnstone was a stabilizing and visionary force from the beginning, and even after his term ended in 2014 he continued as Treasurer and as a consultant. Don Worthington who joined the IBEC Board near the beginning assumed the role of Board Chairman in 2014.

In June 2014, the IBEC Board of Directors appointed Bob Bush as the new Managing Director. Bob quickly began to infuse new marketing energy and vision into IBEC and continued with the same leadership team which served with Ken – Gary Willett, Jim Mayer, Larry Sharp, Gwen Rapp and Bob Bush. The Board of Directors and leadership team has been intentional from the beginning about spiritual impact aligned with business success. Spiritual and economic impact has been observable in projects in Nepal, China, Indonesia, India, and Ethiopia.

During the period of 2012-14, IBEC worked hard to strengthen its Customer Relationship Management system (thanks to Gary Willett, Jim Mayer, and Gwen Rapp) and hired a social media specialist, Carolyne Hart, to complement Torrey on the marketing side. She replaced Gwen Rapp on the leadership team and Gary Willett replaced Ken as Director of Consulting and became the primary connection between IBEC and the clients in the overseas markets.

Expansion on many fronts

By early 2015, IBEC had working agreements with Ibex Associates, Agora Enterprises, Third Path Initiative and GEN, as well as new expat clients through North American agencies. The social media strategy included a weekly blog and social media posts helping IBEC connect with prospective clients, consultants and partners in the BAM community. The education side of IBEC included curriculum for BAM understanding, being taught in a variety of venues from weekend modules to 3-credit college and seminary courses.

As we mark our 10-year anniversary, IBEC has about 30 projects under contract. We see new opportunities to expand our client base, including serving business clients who are third world nationals and also serving North American business owners desiring to expand operations overseas. We are also beginning to prepare IBEC consultants to serve North American business persons working overseas for large corporations. We are also formalizing IBEC’s extensive training and business planning tools to provide our growing team of consultants and Subject Matter Experts with industry-leading resources to support IBEC clients in their mission: to impact the Kingdom of God through business.

That mission – serving people and communities through job creation and building sustainable businesses that draw others to His kingdom – continues to bless us as we bless others around the world for His glory, not our own.

Our Vision: We envision an increasing number of Small-Medium sustainable Kingdom businesses with our special emphasis on areas that are both economically impoverished and spiritually unreached.

We’re grateful to all who have contributed to the formation and development of IBEC over the years. And now as we begin a new decade of service, thank you all!

For I know the plans I have for you,” declares the Lord, “plans to prosper you and not to harm you, plans to give you hope and a future.” – Jeremiah 29:11