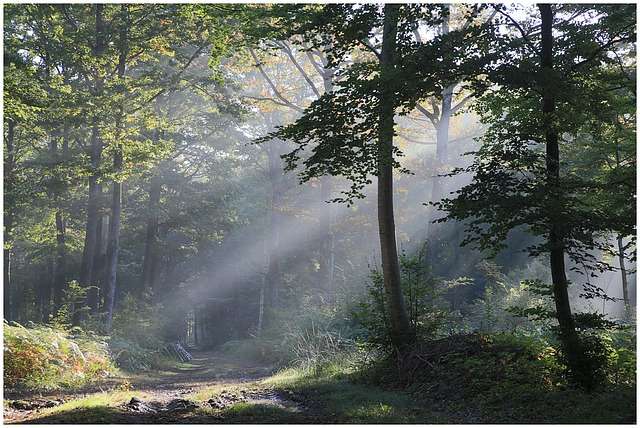 I have always taken an interest in roadways and ferry routes. I recently moved back to the Seattle, WA area (we lived there in the 1960s) and took the ferry across Puget Sound with some family members. The Washington State Ferry System is the largest in the USA and the 4th largest in the world. It dates back to the 1800s and the steamship era and later to the famed “mosquito fleet”. Today millions of commuters and tourists depend on it each year for quick and scenic travel on the waters of Puget Sound.

Before moving we lived in central Oregon so naturally, I took an interest in the Oregon Trail and other roadways of historical significance. I like to take differing routes between Seattle and central Oregon so recently I drove Highway 97, an important north-south artery east of the Cascade mountains. I stopped to rest in a remote region and took a short walk up a little hill to the “old road” (such things have long intrigued me). As I walked along this road of the mid 20th century, I looked up to see an astonishing sight – another even older road! So up I went through the brambles, sharp rocks, and junipers. Sure enough – a real “old road”.

I came back to my computer to find that this totally impassable wagon trail was the Huntington Road, developed by Perit Huntington to bring supplies from The Dalles on the Columbia River to Fort Klamath in southern Oregon in 1867. Their hurdles included valleys and hills, rocky terrain, and hostile native peoples. It required teamsters, scouts, engineers, cooks and wagon mechanics. All that remains of that historic road is hidden behind trees and fallen rock.

What do these two historic passageways of water and land have in common?

Both were discovered and developed to help pioneers and later modern travelers get to their destination in the quickest and easiest way possible. And now in the 21st century, modern transportation vehicles and routing technology have improved these ancient methods.

Finding the best route to a successful BAM business

It got me thinking. Entrepreneurs and business builders in faraway countries and cultures have the task of finding a pathway in difficult and new environments. They are attempting to build a Triple Bottom Line1 business in the most direct manner so as to arrive at the destination: a business that provides jobs creates economic value and introduces people to Jesus. Ancient seafaring was revolutionized by steam engines and then by diesel technology. Wagon roads moved from horse-driven carriages to internal combustion engine models to modern computerized air conditioned vehicles. What took days to travel from central Oregon to Seattle in a horse-pulled wagon, now takes a few hours in a modern vehicle.

Business developers need a direct road to success. They need all the help they can get to accomplish the “end” goal. That means new ideas from experienced business owners who serve as coaches, mentors, and consultants. It means IBEC Ventures!

IBEC serves clients overseas with general consulting, on-going coaching and with subject matter expertise. This takes place over time or in a single Skype call. All of such assistance helps the business person to improve the route to success.

From peanuts to peanut butter

A current example illustrates. How does an industrious visionary team in central Asia bring peanut butter to a country that values peanuts, but does not produce or import peanut butter? With internal testing which seems to indicate the marketability of peanut butter, what is the quickest road to Triple Bottom Line success? There are many inhibiting factors but IBEC consultants are providing coaching and expertise overcoming what seems like insurmountable hurdles.

We are confident that the road will be built in the best possible route and overcome these obstacles along the way. A profitable peanut butter manufacturing business means better lives for people – a nutritious product, jobs for the unemployed, taxes for the community and a team who does all of this in the name of Jesus.