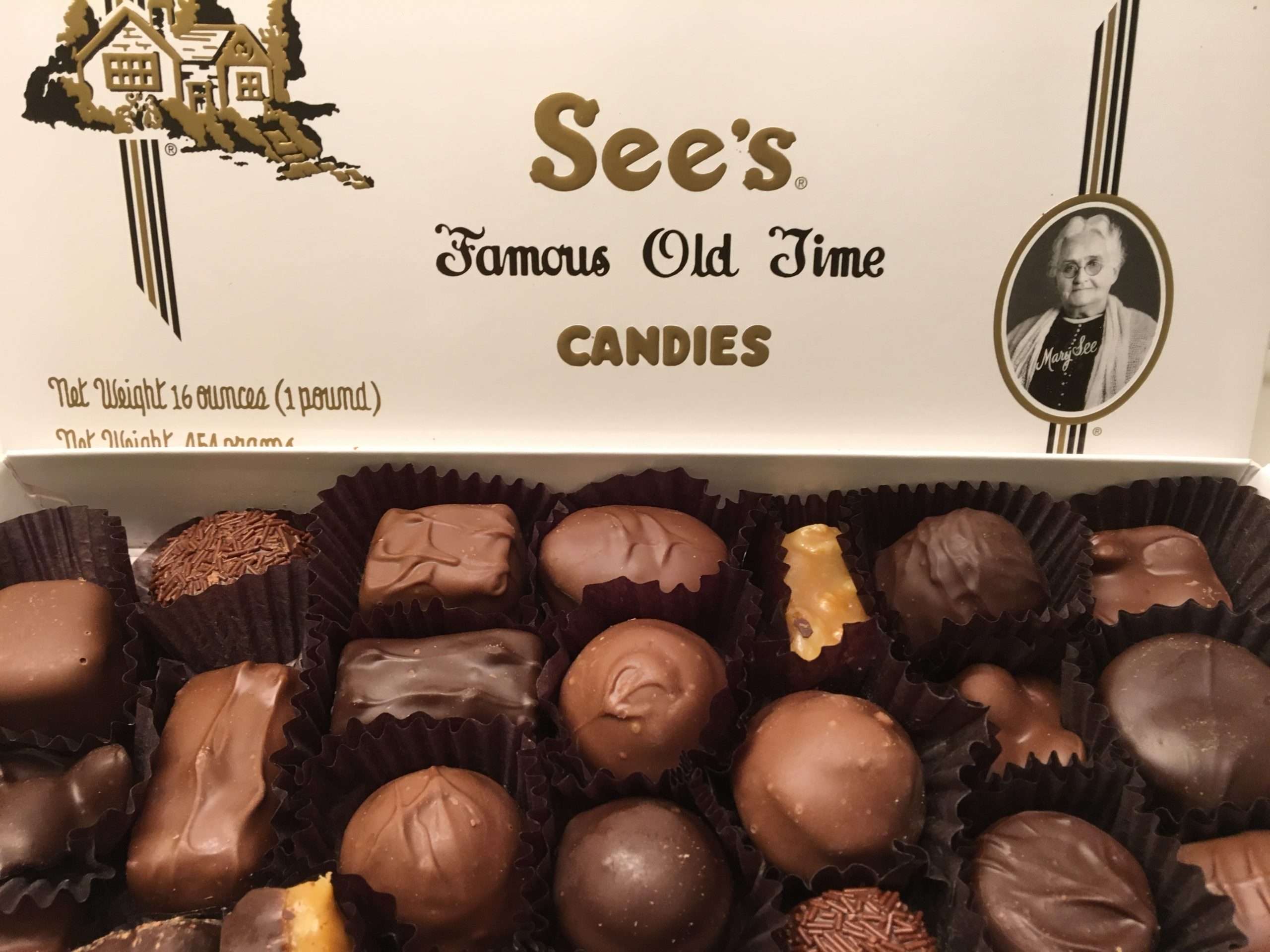 My wife’s favorite food group is chocolate, and I sometimes think that it is also her “Love Language.”  She can tell the difference between Cadbury’s, Hersheys, Swiss Lindt and Brazilian Garoto with her eyes shut, and her favorite is See’s of California.

So my interest was piqued recently when reading how See’s Candy became Warren Buffett’s “dream” investment. You’re kidding, right?  No!  So why does Buffett have an interest in a small California chocolatier?

It turns out that Mary See was born in Ontario, Canada in 1894, and spent many of her spare hours inventing and perfecting her own candy recipes.  She joined her son when he emigrated to California in 1919 when she was 65. Son Charles was a pharmacist. After losing his business to a fire, he decided to try selling his mother’s homemade chocolates.  Their philosophy was to build a brand around small-batch quality.

The Sees invested in the highest caliber ingredients – California almonds, Ozarkian walnuts, and African chocolate. Within a decade, they had expanded to 12 shops with the slogan “Quality without Compromise”. During the Great Depression, they stayed true to their principles. Even when butter, sugar and cream were severely rationed, they kept to the highest quality ingredients but just sold smaller batches. Ultimately, the store would close each day when inventory ran out.

By 1970, Mary had died, and Charles had grown the company to 160 stores with $30m in sales and $2m in post-tax earnings. Not big by Buffett standards. 1970 was the year Mr. Buffett became the chairman and CEO of Berkshire Hathaway and began to develop “value investing”.  It was in 1972 that one of his employees informed him that See’s was for sale.  At first, he rejected the idea, but then with a little research discovered See’s intangibles.

Even though, it was “out of character” he decided to buy it. So, what did he see?

Warren Buffett saw a respected brand (though small), strong built-in customer loyalty, local production and commitment to “quality without compromise” with low operating capital.  He decided to keep See’s small and charge a premium on quality.  He expanded slowly (from 167 stories to 214 over ten years), an extremely modest growth rate. Buffett learned that the customers would remain loyal even if he raised prices – so growth became steady and reliable.

Since the purchase in 1972, See’s has given Berkshire Hathaway well over $2B in income and over that same period required only $32m in capital to operate.  So, what did Buffett do with his income in the 1980s?  He used the profits to purchase Coca Cola shares, which are now worth more than $20B.

What can this teach Business As Mission companies?