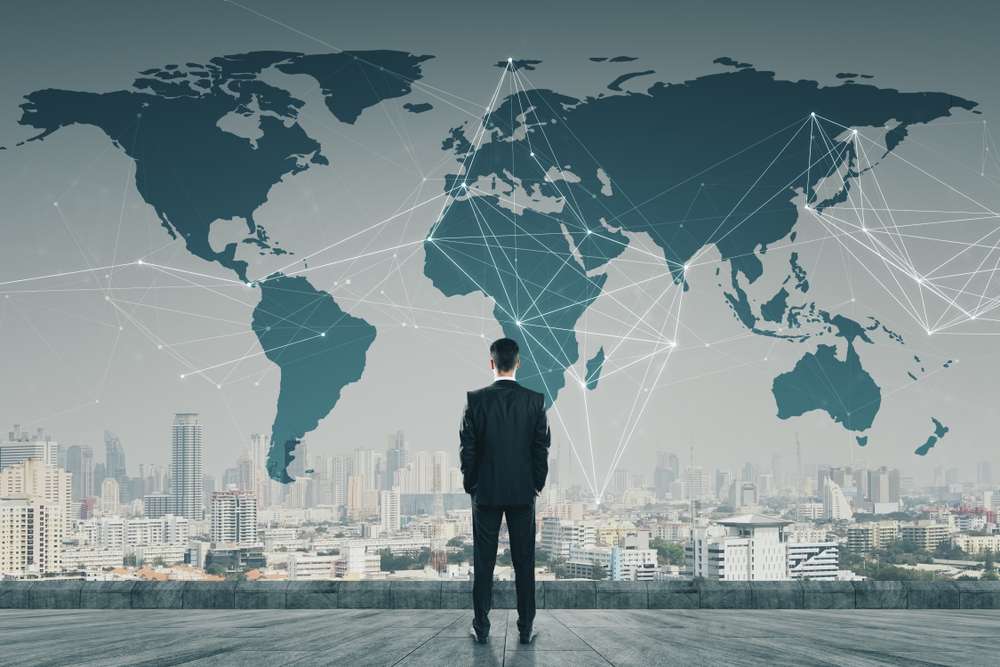 A headline in the Harvard Business Review caught my attention.1 The subtitle screamed, “Companies operate in an increasingly complex world: Business environments are more diverse, dynamic, and interconnected than ever – and far less predictable.”  And if that is true in North America, it must be even greater for start-ups in the overseas arena.

Cross-cultural Business as Mission (BAM) enterprises have an added level of complexity because of language and cultural issues; and because of international trade and tax laws, among other factors. Many such companies die quickly because they fail to adapt to an ecosystem which is increasingly complex, not unlike that of a biological ecosystem. Both biological species and businesses are adaptive systems, meaning that adaptability is an important component to consider in developing robust survival skills.

The purpose here is to highlight the complex adaptive system (CAS) at work and to attempt to address factors of concern in the effort to become more robust in the international world of BAM start-ups. Complexity exists at multiple levels, within and outside of organizational boundaries. Owners and managers will need to wrestle with these and other related concepts in order to develop robust systems for their cross-cultural endeavor.

Level 1:   Factors within the company itself

Theoretically, owners and managers can control factors within the company; though business leaders must be realistic about what they can predict and control.  When seeking to build an enterprise abroad, heterogeneity must be built-in from the beginning. Leaders must ensure that their company has sufficient diversity along the lines of people and ideas. “One obvious starting point is to hire people with varied personality types, educational backgrounds and working styles”.2  Companies must avoid a culture of being risk averse while at the same time become able to cope with failures because those with high risk tolerance decided to take such risks.

Clearly, choosing the right team has an added level of complexity when one considers the challenge of making the transition to another culture, and then living abroad for a significant amount of time. A recent BAM start-up in Africa failed to adequately prepare the 4-man team (each with a spouse and children) to transition to the country and learn the language and culture. Unhappy spouses soon jettisoned the project as they, one by one, packed their bags and headed for home, with a colossal cost in emotional energy and over one million dollars of investors’ money.

CEO Jeff Platt affirms, “Without the right team – franchise partners, general managers and team members – you can’t accomplish anything of significance or scale. On top of that, good people tend to create a culture that attracts even better people. Our competitors can copy our ideas, but they can’t replicate our people.”3

The above-cited example demonstrates that loosely connected components such as family life and the workday need to be considered. Shocks in any related component can send waves throughout the business ecosystem and open the door to catastrophic destruction. Of course, there are always trade-offs. Too much insulation can forgo some of the benefits. For example, a tight policy to control for everything can mitigate much needed creativity.

Success in the world of a Kingdom enterprise, requires the same company factors as any company. Unfortunately, too many BAM entrepreneurs tend to think that their “cause” will carry them through difficult economic times or personnel issues. The fact that a social cause drives the owner only complicates the operational issues. It adds a layer of complexity to all other components such as financial viability, marketing issues, cash flow concerns, legal issues and cross-cultural HR dynamics. None of these can be minimized. They are complex and demand an added level of internal robustness.  The recent scandal related to the president of Liberty University, highlights the importance of a complete integration of faith and work and the added complexity of insuring moral integrity as equally important as financial, political and social success.

Level 2: Factors outside the company but within the BAM enterprise ecosystem

This level involves factors within the entire industry ecosystem. For example, if a company is growing fish in an aquaculture project in Kenya, there are factors outside the company itself that relate to the fish industry, water rights, fish health and disease, marketing conditions and so on. These are issues in the ecosystem of aquaculture in Africa. Likewise, there are factors that impact the complexity which may include stakeholders, equity owners, competitors, and partners.

An agricultural project in a former Soviet Republic attempted to grow fruits and vegetables as a means to supplement the food supply, while creating jobs in an area with more than 50% unemployment. After some initial success, factors within the agricultural industry began to adversely impact marketing. Competitors with government connections started to undermine contracts and to bribe corrupt power brokers.  All of this was within the ecosystem of agriculture and the domain of the intended social good.

It is a maxim within the BAM literature and history that the kind of business one starts matters a great deal. For example, a well-meaning entrepreneur started an online sales distributorship in China and actually did quite well, making a profit after two years. However, they soon realized that their passion for the social good was not being realized beyond the fact that they had created some jobs. They found that their time was spent behind walls and in cubicles – a standard environment for online selling. They had not considered that BAM businesses not only must make a profit, but also maximize the spiritual impact on the communities and individuals for transformation.

Creating the opportunity for redundancy is important. There needs to be a plan in the event that a catastrophic event eliminates a supply line, or a single-source procurement.  An English language school in Asia was experiencing a sudden loss of students when a consultant realized the market had changed. Adolescent students no longer desired to learn English without an end in view; the market shifted toward young adults wanting preparation for study abroad.

In another example, a major equity shareholder in a BAM company in India became disgruntled with the progress in the company, despite a good profit margin. The owner was soon wondering what he could do to buy out this shareholder at a time when such was difficult. This partner was outside the company itself but was close enough to have an adverse impact on the progress of the company.

Level 3:  Factors in the society at large

It is well known that doing business abroad is complicated, complex and high risk. There is often political instability, economic uncertainties, corruption and the unknowns of language and cultural nuances. The rules have simply changed from what has been known in the homeland, thus surfacing the question – whose rules do I play by?

For example, in the USA, we would like to believe that the Foreign Corrupt Practices Act sets out guidelines for everyone to play by. Such is far from the case in the international arena and oftentimes, more so in the local context far from the halls of power in a specific country.  Bribery is not a black-white issue, and decisions lay at the complex cross hairs of our North American values and laws, foreign values and laws, and our Judeo-Christian world view and commitments.

Sometimes infrastructure which we understand and depend upon simply does not exist overseas. For example, the tax code in many countries is simply the accumulation of laws developed over the years, without updating to a consistent system. A tax collector can cite any law he wishes and force the business owner to comply. In one country were the business owner endeavored to determine the fair tax, he encountered an experienced tax authority who had never heard of anyone trying to determine a fair tax and laughed at the enquirer. The owner left the tax office feeling humiliated and frustrated.

Cultural experts and trainers remind us that to a large extent, foreign systems are not wrong – they are simply different. The mantra is to “listen, listen, listen”, a point Ernest Sirolli makes in a TED talk entitled “Shut up and Listen”. For certain, the complexity is exacerbated by the lack of recourse when something bad happens. An experienced and successful businessperson from Florida, opened a consulting firm in a former Soviet dominated country. He capitalized the set-up costs with his own money and sought a partner from a local Christian church group.  The partner was an attorney and a Christian. It seemed like a partnership made in heaven until the partner stole all his money and left him penniless. He had no recourse – the answer he received was “that is how the system works”.

The bottom line is that sometimes good answers are hard to come by, because the factors are totally outside the owner’s control. Foreign governments, differing cultures, international economies, and human nature collaborate to drive complexity sometimes to the absurd. Factors in society at large are the most difficult to predict and control. Any BAM owner knows he is sometimes dependent on the grace of God and the prayers of God’s people.

It is the conclusion of serious students of BAM mortality that the forces driving it are likely to remain strong for the foreseeable future. Managers and owners need to carefully monitor the changing risk environment and align their strategies with the threats they face. Certainly, this is true not only for multinational corporations, but even more so for BAM start-ups in all areas of the world; particularly in the high-risk countries of the world.