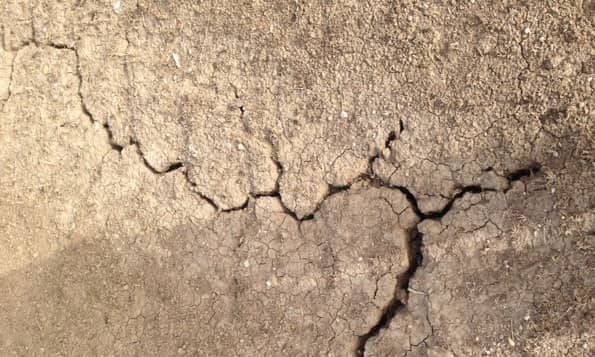 WATER!  I never thought much about it.  I was born and raised on Canada’s west coast with rainwater and lakes all around.  I lived for 21 years in the Amazon rain forest!  I suffered the rainy winters of Seattle for five years.  I can see the snow pack on the Cascade mountains from where I am writing this; and a 500 ml bottle of water at my local Costco cost me a mere five cents.  Until I went to Haiti that is!

I was one of four IBEC consultants who arrived on the arid north coast of Haiti on June 15, where thousands of people lack water – for drinking, for washing, for irrigation.  North Haiti is in crisis.  We had the audacity to believe we could make a difference in one week.

Well, Bruce and Deb Robinson have been there more than three decades – and they are making a difference!  Bruce and his team have built 23 dams on a small river; they have tapped into scores of wells and springs in the hills and piped the water to within reach of the people; they are working to bring river water via irrigation to parched soils for the growing of plantains.

That is where we came in – we came to listen and learn; and we wanted to assist the Robinsons in bringing the water of life in a land of desperate poverty and thirst.  We were engineers and managers – we knew things.  We could help.  Maybe – maybe not!

We interviewed poor would-be farmers like Jeanne who said, “There is a future for my family growing plantains here…but the biggest problem is lack of water.”   Others continued, “…we love Bruce because he loves us and is trying to bring us water.”

It is our desire that the irrigation project we saw and evaluated will be sustainable; will create jobs; and will bring lasting water to the plantain growers of the area called Vital.  As in English, vital means ‘essential’ in the French language.  Water is essential to the survival of Vital, North Haiti.  Sure we shared a few ideas; produced some spread sheets and diagrams and projected what the future could look like.  But when it all boils down to the bottom line – it is all about WATER!

Prize-winning photographer, David Uttley, a good friend of mine, has published a book entitled Thirst.  He states that without water, the poor are trapped in a downward spiral which makes it impossible to break out of their terrible plight.  But Uttley affirms, “…we each can do our part to meet this overwhelming need.”  We did our small part for North Haiti, and we pray that it saves people from the debilitating effects of thirst and brings people into contact with the ‘water of life’ (Revelation 21:6).