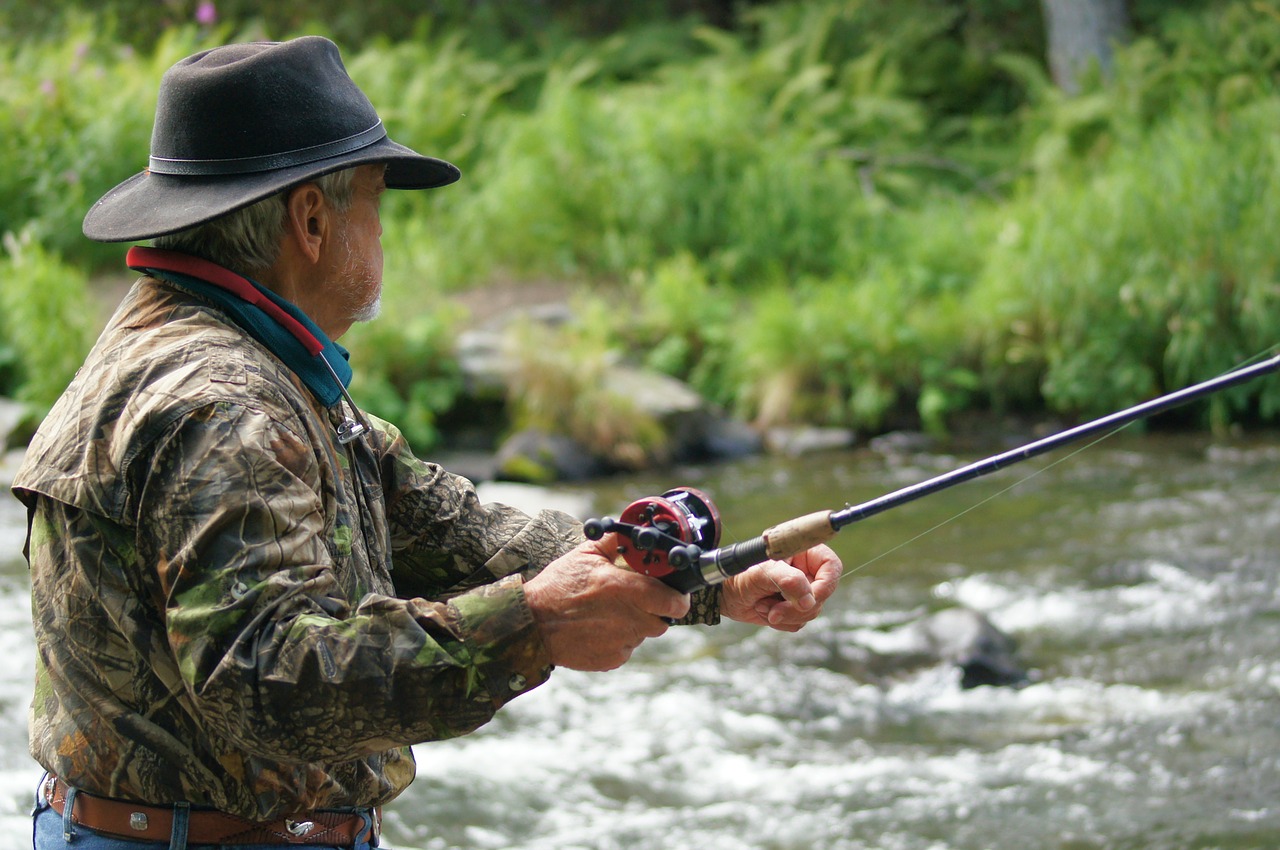 I recently went fishing with my daughter in the Kenai river of south-central Alaska – first for king salmon, then for the famous sockeye (red) salmon. Fishing was slow so I began to contemplate parallels to the world of Business as Mission (BAM) startups.

1. Love what you are doing.

There were maybe 50 men and women with sockeye gear that day, wearing in hip waders and standing knee deep in the river for as far as we could see. They were loving it, even those who caught nothing. They were out-of-doors, full of anticipation of new fish stories and fresh salmon for dinner.

So too, if you don’t love business, turn your heart and time toward something else. Entrepreneurs love it; and entrepreneurs’ team members love being on board for the ride. If you do not love the hard work, the anticipation of God doing the unexpected or the challenge of the unknown, business startups are not for you.

Jeff started a successful internet website which provided for his family in the USA. He loved the action so much that he decided to start an IT company in an Asian nation to provide jobs, see if he could be profitable there, and be the incarnation of Jesus in a place where He is not known. Even though it is hard going he loves what he is doing.

One should see these fisherman with all their equipment – hip waders; specialized vests with every imaginable fishing gear in the pockets, rods and reels worth hundreds of dollars, a net and a little bonker to kill the 7-8 pound salmon. And the right bait for the fish – wet coho flies for sockeye; lures and eggs for king salmon; and eggs for silver salmon.

Business owners, managers or specialists in startups must be prepared. They need to know their industry, both in North America and abroad, understand the customer and be able to utilize the business model canvas. They have to be prepared to live and function in another culture and language, all the while providing a solution to the customers’ pain point and problem so as to deliver value. And just when one thinks there is a measure of political or economic stability, one must pivot and move toward other markets. Yes, one must be prepared for all of this and more.

IBEC usually recommends being successful in the homeland, or at least learning to do in North America whatever one intends to do overseas. There is no substitute for the preparation accomplished where the waters are calm, before the trouble of the international or overseas sector.

This all-important advice never grows old. For fishermen it means being where the action is. King salmon fishermen learn the patterns of the river, the temperature and the depth because the fish move according to their sensors and experience. Fishing is location driven.

Likewise in business, location is important for many reasons. We provided coaching for an outdoor recreation company in Africa. After much time, funding and experience it was discovered that the location of the kick-off city was poor in relation to the clients’ target destination. It simply took too long to get to the tourist location. The business continues but has had a major pivot.

I coached several micro-enterprises in the Ukraine long ago. One startup hopeful was determined to locate in a section of the city which was low income and poorly trafficked. It took much observation and discussion to convince the owner to move her ideal location to some place more likely to connect with the customer.

4. Study and understand the conditions.

Fishing on the lower Kenai river requires understanding of the tides. Migratory salmon tend to flood into the river on an incoming tide. There is little point in fishing near the end of an ebb tide. The fish are schooled up offshore waiting to come in with the tide.IBEC uses CIA Factsheets and World Bank sites such as http://www.doingbusiness.org/rankings. This helps the consultant and the owners to understand variables which exist everywhere. Ethics variations must be studied carefully as one balances USA laws, foreign laws and personal ethics with “how we do it here”.One business in a former Soviet republic came to an abrupt end because of failure to understand cultural nuances related to contract law. The owner of an agriculture project assumed his duly negotiated and signed contract meant his farm product would go to market, but culturally it was only meant to be a suggestion and the business failed as the vegetables rotted in the fields with no transportation to markets in the city some hours away.

Sockeye salmon return to their Alaskan streams of origin at certain times in the June-August period. Coho salmon return later to the Kenai river and its streams, usually August to October. It is futile to try to catch a coho in June, or a king salmon in September. Timing is everything.

A successful business in western India was marketed to quilters in North America and in the UK. The quilters in these areas meet at specific shows and it is critical to meet them there and provide the specialized tour offerings. The overseas artisans provide an incredible experience for which the client is willing to pay and the client is more likely to take interest in the tour company’s product offering at a show than via other forms of media. Timing is critical to the marketing and sales cycle.

6. Have an end goal.
For some fishermen catching their limit, or a bigger fish is the goal. Interestingly some fishermen meet their goal even if they catch no fish. I came upon a lone fisherman one time on the bank of a river and said casually, “How is fishing?” He immediately replied, “Does it matter?” Every fisherman has some sort of goal for the day.
Startup owners and managers need to know the goal. Are you desiring a long time operational cycle because of the spiritual value of the Triple Bottom Line? Or do you wish to sell and start something elsewhere when the model turns profitable and other challenges emerge?It is important to keep the Triple Bottom Line as a goal. Owners want a profitable and sustainable company that creates jobs for people in a needy area and a business which allows owners and managers to incarnate who Jesus is.

Owner David Nord had a goal of diversifying into several other countries after a successful parent company in China became self-sustaining. Consequently he is seeing the Triple Bottom Line realized in many countries in central Asia.

7. Know how to close the deal.
I have seen many fishermen hook into fish in the river and even bring them close to the boat or the bank only to lose them due to failure to keep the line taut. There is much more to fishing than simply getting them to bite the bait. The job is not truly done until the fish are safely in the cooler.

So too with business. IBEC only really began to take off when current CEO, Bob Bush came to us with a marketing background. He understands the customer and the value of persistence and various products to offer the client. Business is all about customer wants and once those are discovered it is all about serving those demands. Business includes all elements of the business cycle and marketing is something which every owner must focus upon.

These seven reminders are not new, but when fishing was slow one day it provided an opportunity to reflect and remember some important principles.