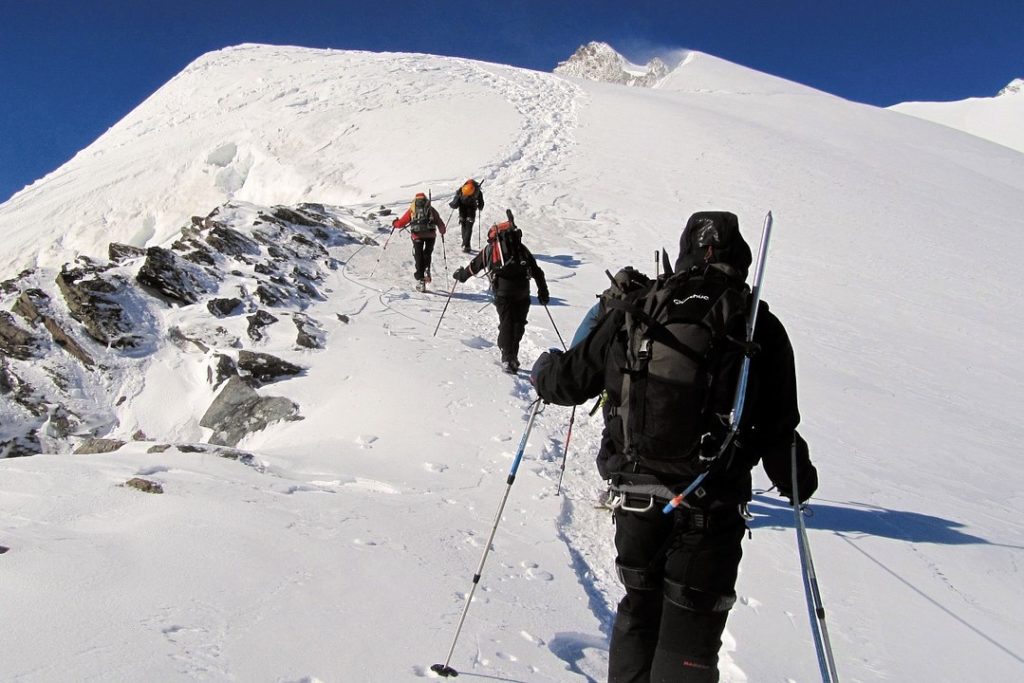 Because of my penchant for hiking I was intrigued to read recently about the hiking couple who spent 47 days stranded in a canyon in the Himalayas. The 20-year old Taiwanese man was rescued, surviving on salt and water after his food ran out 5 weeks earlier; he had lost 66 pounds. However, his unfortunate friend died three days before the rescue.

Apparently when they realized they were lost they followed a water source downhill looking for a village but became trapped at the top of a waterfall and found they were unable to hike back uphill again due to steep cliffs all around. All of this took place in a time of heavy snowfall. They had been hiking above the 9,000 foot level without a guide.1

I clicked on this story while watching some of the NHL playoffs. I love it when the TV camera zooms in on the coaches and remind us of their successes, challenges and risks. No team is without a coach.

This week I took one of my granddaughters first to her swimming lesson and then to her piano lesson. In both classes skilled teachers and coaches patiently help Mia to mature in swimming and at the piano. Neither she, nor any of the other students, would go very far without a coach.

A guide as life insurance

I got to thinking, why would business startups try to grow their business without a coach; or without consultants? Maybe it is the same reason why people take high risks trying to hike high in the Himalayas without a guide.

After the article about the Taiwanese trekker, a comment read: Experience in such trekking conditions is a must & a guide is your “life insurance.” Imagine the hassle, cost & worries to the authorities, family & key stakeholders. Another with less diplomacy stated, So unfortunate and so stupid. Going without a guide on unfamiliar ground. Neglecting the Golden Rules and forgetting “Into The Wild”.

A guide as “life insurance” – an interesting way to look at it! This week I read a statistic which stated that 90% of Kingdom (Business as Mission / BAM) freedom businesses do not survive. I wonder if it is really that high, but whatever it is, it is too high. Much can be gained if business owners would humble themselves and link up with coaches, Subject Matter Experts and consultants to guide them through the milieu of starting and growing a business (hard enough in itself) in a foreign culture.

“Without counsel plans fail, but with many advisers they succeed.” Proverbs 15:22