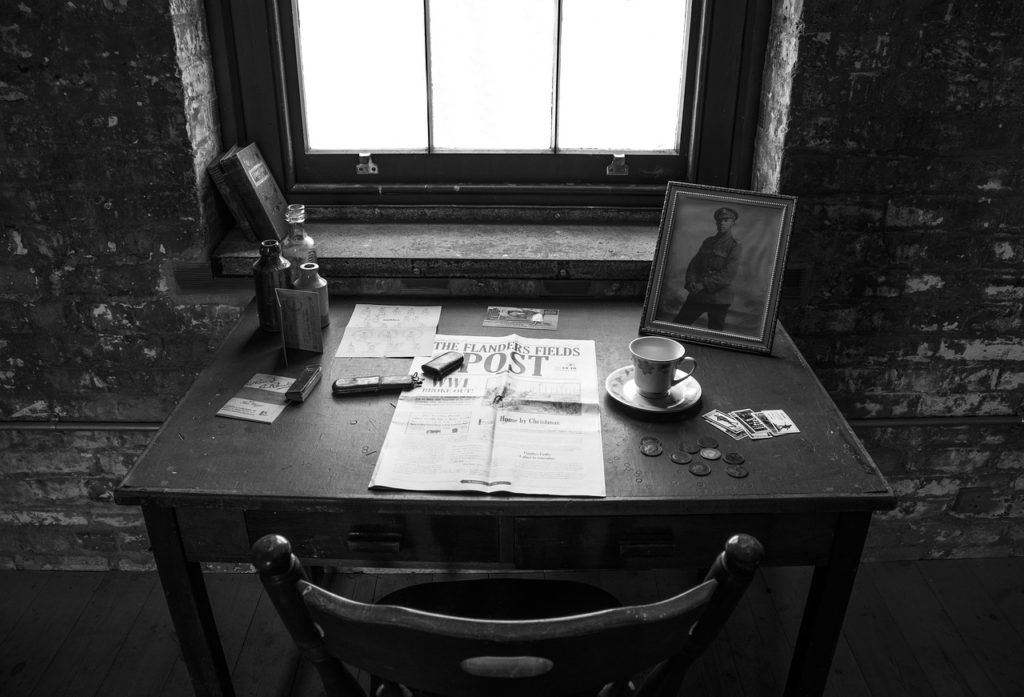 At 11 am on the 11th day of the 11th month, 1918, the armistice for World War I was signed.  This “war to end all wars” had involved most of Europe and cost the lives of nearly 17 million, plus that many or more wounded. My maternal grandmother’s sister served with the Canadian Forces and died as a nurse in the last half year of the Great War. Famous for the horrid conditions of trench warfare and chemical attacks, WW I helped prepare for subsequent conflicts of the 20th century with the first use of submarine warfare; airplane dogfights and bombing, and the use of tanks on land; all of which helped to define modern wars.

Many historians lament the fact that this war was a mistake and could have been avoided.  As with all events, it is often profitable to ask what was learned, and in this case, some of the things to be learned are easily applied to “Business as Mission”.

Perhaps in no place more than the military is leadership so revered, respected and at times, rejected.  Historians often refer to the fact that Kaiser Wilhelm II of Germany, Nicholas II of Russia, as well as Edward VII of Great Britain were all grandsons of Queen Victoria. The system of alliances in Europe at the time should have made a difference for the cousins. But they were not considered to be competent rulers, often making impulsive and delayed decisions, leaving leadership to their ministers.

James Strock1 in his insightful historical reflections, highlights WWI management dysfunction and the shortcomings of political and military leaders which led to lethal failures. Many key decision makers were in mental and physical ill health.  There was a serious lack of coordination and communication between key players.

Leadership matters in the world of startup business.  It is crucial to be physically, spiritually, and mentally strong for the task.  It is also important to be united with the team, the investors and all stockholders.  In the past ten years, I have seen the demise of BAM startups whose leaders would not listen to the advisory board, partners that were fractured from each other, or they simply did not have the qualities required to lead the business in the first place.

Europe had experienced relative peace since the Napoleonic wars nearly a century earlier.  The result was that people had come to believe that war was unthinkable. However, past performance is never a guarantee of future results. The confusing web of alliances in Europe lured the citizens into thinking that everything was under control, and no amount of irresponsibility would result in a war of any kind.

There was an illusion that familiar institutions were durable, and the years just prior to the outbreak of war were considered as a high point of confidence.  However, history does not stand still and changes in values, technology, and economics, and business demands that decisions keep up with those changes.  Lack of creativity and innovation resulted in a Europe that could not conceive of a world significantly different than a monarchy or an aristocracy.

There is no place in business development for resting on laurels or thinking one can forever continue to live in the success of the past.  Many industries in America have discovered the pain of not keeping up with changing technologies, values, or risk disaster.  Think the railroads, Kodak, Blockbuster, Borders, Sears and RIM.  No BAM business in the IT sector can write code or sell product that might have made them successful twenty years ago.  They must ADAPT and CHANGE.

The fact that the Triple Entente (France, Russia, United Kingdom/Commonwealth, and eventually the United States) powers were victorious over the Central Powers, resulted in simpleton comments such as “War to end all wars”, or “Making the world safe for democracy”. Words are never a guarantee of a secure future. To be sure, no one can project a singular cause for the events of the next twenty years, whether it be war or business. Certainly, some of the decisions in the Treaty of Versailles laid the foundation for the world anxiety of the Great Depression and World War II.

For example, many in Germany felt that the reparations required were nothing but self-oriented vengeance and sowed the seeds of the Nazi rise of the 1930s. The horrific losses of the Great War may have contributed to an unwillingness to confront Hitler when he made his initial demands in the mid-1930s.  Also, the League of Nations appeared to be ill conceived and not inclusive enough to solve the problems of the day.

I have known BAM businesses which resolved a crisis when a significant investor came through or a loan was granted, only to slack off, spend unwisely, and lose focus.  Every endeavor must realize that in business, a crisis is just one crisis and there will be more to come.  Diligence and wisdom must prevail.  “Get wisdom, though it cost all you have, get understanding.”  Proverbs 4:7. And “wisdom is proved right by her deeds.”  Matthew 11:19.