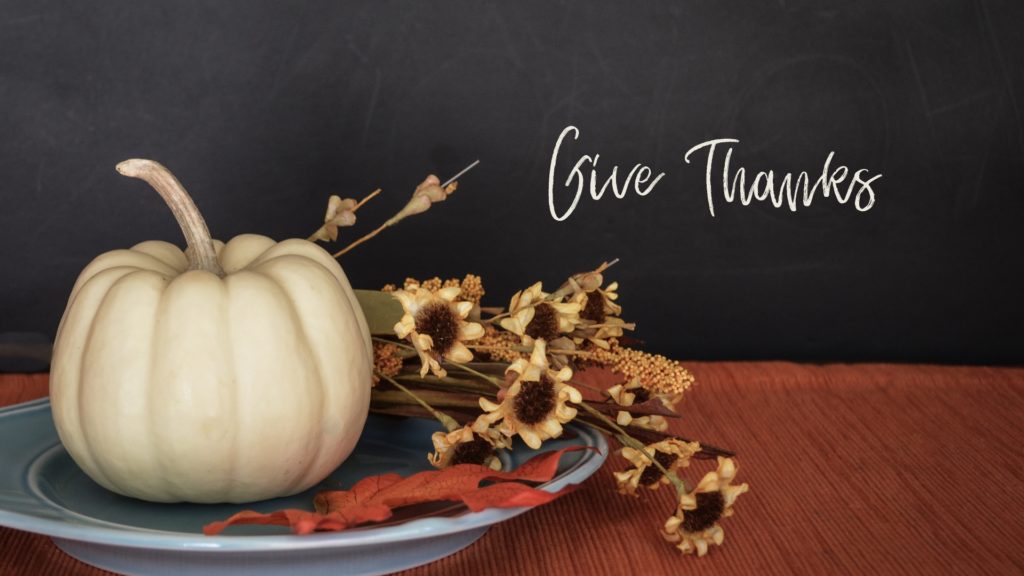 We have three nationalities in our family.  My wife, Vicki is a US citizen; I am Canadian, and my four kids have three citizenships, each having been born in Brazil and also registered as Canadians and Americans.  Canadians celebrated thanksgiving in October, and Americans will do so this week.  But my Brazilian kids sometimes say, “Dad, we are always thankful.”

Each one of us have something to be thankful for, but there is still something special about a yearly celebration. Certainly, the United States is a unique place, and Americans have much to be thankful for.  In reminiscing upon the pilgrims and their colony’s success, Governor William Bradford said, “Thus out of small beginnings greater things have been produced by His hand that made all things of nothing, and gives being to all things that are; and, as one small candle may light a thousand, so the light here kindled hath shone unto many, yea in some sort to our whole nation; let the glorious name of [God] have all the praise”.

The Bible has much to say about thankfulness and thanksgiving as well, and in almost every case the thanks is extended to God.  (Psalm 95:2, 100:4 Eph. 5:20; Col. 2: 6-7, 3:15). There is a unique thought in Psalm 116:17 where the psalmist refers to a sacrificial thank offering.  After all, the word ‘thanksgiving’ has the word ‘giving’ in it.  If we are thankful, we should express it with giving – offerings of ourselves, our time, our resources.  As I thought about this, I thought about IBEC.

Did you know that IBEC coaches, consultants and Subject Matter Experts, give of their time and expertise to business startups attempting to achieve the quadruple bottom line?  Did you know that even though we work with businesses striving for profitability, IBEC is largely sustained by people who give because they believe in what we are doing?  All of us in the IBEC community are “overflowing with thankfulness” (Col. 2: 6-7) because God is at work through business startups – their owners, the consultants, and all who cheer them on.

One of our clients is building a business in a country with a strong presence of the Secret Police.  An agent recently called him in for questioning. In the midst of the inquiry this American kingdom worker asked the authorities, “what kind of people do you want in your country?”  The Secret Police officer indicated they wanted people who build things, hire local people, and don’t cause trouble.

Richard does all of those things, but he also mentors disciples of Jesus.  He does this because he has earned the right to be heard through his righteous living and as a respected business person, manufacturing a product and creating jobs.  We are “overflowing with thankfulness” for Richard, for his coach, for people who provided capital, and for people who pray for success – in all four bottom lines.

Many people are overflowing with thankfulness, not just because of IBEC projects like Richard’s, but where every detail of our lives, such as our family and communities, give glory to God.  A Blessed Thanksgiving to all.