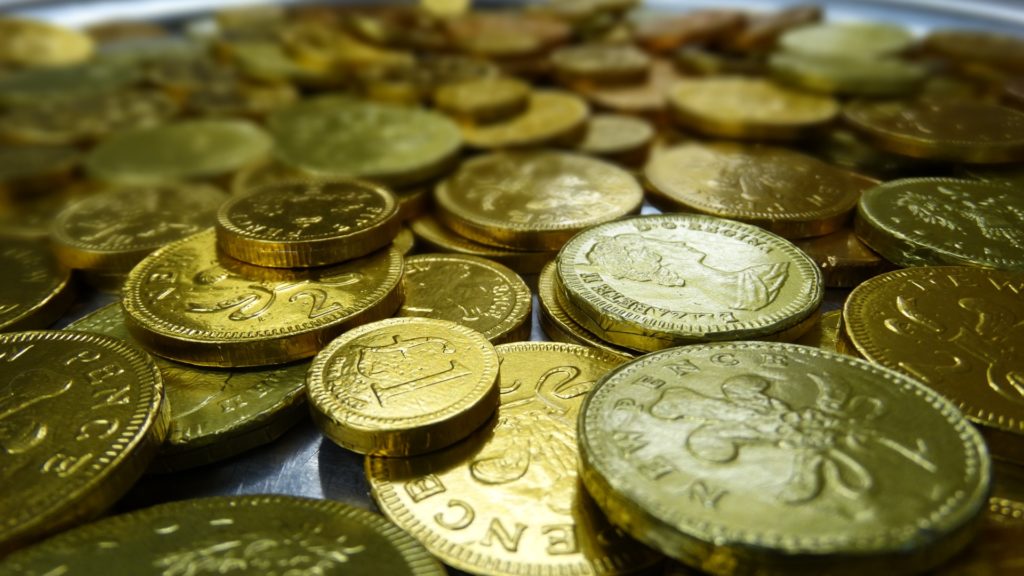 I have been interested in gold panning for many years. The Cariboo Gold Rush took place not far from where I grew up in central British Columbia. Later, I panned for gold in Alaska. In every case I was unsuccessful – but I had fun anyway!

Last week I visited the site of the first gold discovered at Columa, California which kicked off that famous gold rush of 1849. James Marshall had discovered gold in the tailrace of the sawmill he operated with John Sutter. On January 24, 1848 he exclaimed “Boys, I believe I’ve found a gold mine.”

The stampede the following year changed the course of California and the United States forever. The culture of the native peoples was shattered; the town in the mud flats of the bay soon become the well-known city of San Francisco; the Mexican province became the US state of California in 1850, and most all of the thousands who stampeded to the “El Dorado” of California died in poverty including Marshall and Sutter.

What is it about gold anyway? People look for it in hopes of finding it. It is a gamble of “seek and find”. While it is true that gold has sustainability as a precious metal and it has been a standard for currencies worldwide, it is something that must be found or discovered. It is not something that is created. It can lose value and it can be volatile. Without demeaning the value of finding, buying or holding gold, let us think of another perspective.

There are not a lot of enduring evidences in the history of the scriptures or in oral tradition that finding gold is of high value. However, there is biblical evidence that creation of value is more important. After all God is a Creator-God (Genesis 1-2) and he then said to mankind to be creator, worker humans. “Be fruitful and increase in number; fill the earth and subdue it. Rule over…every living creature…” (Genesis 1:28).

Perhaps even more instructive is God’s appeal to not forget his laws and how the world works.He maintains in Deuteronomy 8:18, “But remember the Lord your God, for it is he who gives you the ability to produce wealth.” What an amazing thought at a time in history when we have been conditioned to believe that the government will provide for our needs, or education can solve problems, or the church can miraculously sustain its members. All these institutions have their value, but none of them can create wealth. None can make something from nothing like the creator-God can or like business can – something ordained by God.

Recently the IBEC blog, “BAM and the end of poverty”, quoted Theologian Wayne Grudem who states it well, “…I believe the only long-term solution to world poverty is business. That is because business produces goods, and businesses produce jobs. And businesses continue producing goods year after year, and continue providing jobs and paying wages year after year. Therefore, if we are ever going to see long-term solutions to world poverty, I believe it will come through starting and maintaining productive, profitable business.” (Wayne Grudem, 2003).1

As we seek to start value and job creating businesses in the world, we are fulfilling the commands of God; without businesses, the world ceases to work. All else consumes the wealth of business. Education, the church, government depend on the income generated by businesses. We are creators of such wealth and it was God’s idea from the beginning that we work hard to create the world’s wealth – and all for his glory!
1 Grudem, Wayne. Business for the Glory of God–The Bible’s Teaching on the Moral Goodness of Business