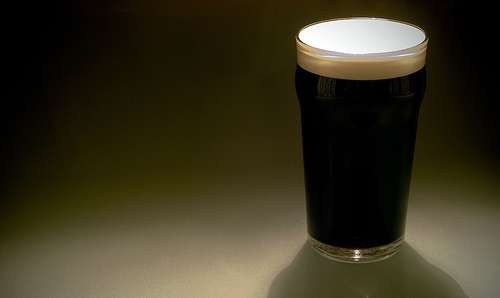 I enjoy reading the blogs of Paul Sohn, and the following can be found in its entirety in his blog, God and Guinness: The Missional Drink that Changed the World. I am quoting most of Sohn’s thoughts here with some modifications, not as an advocate of the Guinness drink, but as an example of what businesses can do to change the world around them.

To many, this juxtaposition may appear sacrilegious, if not rightfully awkward. But only those who know the story behind the Guinness family can fully appreciate the connection between the two; that is, how the national drink of Ireland became arguably the greatest instrument for propagating the Gospel.

Here are some interesting tidbits I gleaned in my study of the Guinness family:

Arthur Guinness was a man of faith.  Born in 1724 into a family in which his father was an archbishop, he embodied the words that were his family motto: Spes mea in deo (My hope is in God). The famous revivalist John Wesley inspired Arthur greatly and fueled him to use his God-given talents in entrepreneurship as a vehicle to follow the footsteps of Jesus Christ. Arthur adopted Wesley’s well-known mantra as a foundation to his perspective on life and wealth: “Make all you can, save all you can, and give all you can.”

Thirty years before Arthur’s birth, the British parliament enacted legislation forbidding the importation of liquor (an anti-French brandy and wine campaign fueled by political and religious conflicts with France) and encouraging the production and consumption of Irish and English made gin. Gin houses sprang up throughout Ireland and England to the point that every sixth house in England was a gin house! Gin and whiskey became the primary beverage for an overwhelmingly large number of people thanks also to the micro-organism and disease ridden water supply of the day. This led to excessive drunkenness resulting in a poverty-ridden, crime-infested time.

Arthur Guinness was infuriated with this drunkenness. He constantly prayed to God to do something with the alcoholism on the streets of Ireland. In fact, he felt God calling him to “make a drink that men will drink that will be good for them.” He then developed a dark stout beer called Guinness. Guinness contained so much iron that people felt full before they could drink more pints. During its creation, the alcohol level was lower than gin and whiskey.
Guinness truly was doing business as a mission instead of business for mission. With the preserving influence of the salt and penetrating influence of light, his life truly exemplified the Lord’s mandate to be the salt and light of the world.

The Legacy of Guinness

If the story of the Guinness story ended with a man of Arthur Guinness, it would be a fairly small footnote in pages of history. Many of Guinness’ accomplishments were done in his family by teaching values girded in his biblical faith and relationship with Jesus Christ. He created a family culture that focused on giving generously and investing in his people.

The grandson of Arthur Guinness named Hendry Grattan Guinness became a foremost evangelist spreading the Good News. Another descendant of Guinness received 5 million pounds sterling for a wedding gift, but then moved his new bride into the slums to utilize his resources to eradicate the poverty in the land.

Another Guinness heir became Lord Iveagh as a member of the House of Lords due to his philanthropic efforts. In his new role, he brought wholesale changes to the legal system. In that time, dueling on the streets was common. Like you see in the movies, people would turn around and shoot each other whenever there was conflict. Lord Iveagh pointed to biblical principles as the better approach: if you’ve got something against somebody, you need to talk to them; if they won’t change or refuse to listen, you will have a legal representation who will go to public court with a witness. This is how he embedded the biblical principles into the legal system.

Guinness – A Great Place to Work

If you think Google or Facebook has great perks, Guinness was one of them. “You cannot make money from people unless you are willing for people to make money from you.” This was a key belief subscribed to by the Guinness family. This starkly contrasts with the traditional thinking of todays’ corporations where employees are often treated as a disposable resource instead of a unique human being created by God.

Guinness’s investment in employees was impressive. If you had worked for Guinness in 1928, a year before the Great Depression, you would have had 24-hour medical care, 24-hour dental care and on-site massage therapy. In addition to this, your funeral expenses as well as your pension were all paid by the company. Your education, as well as your children’s and wife’s education, were all paid for. The company had libraries, reading rooms, athletic facilities and so on. Now, think again. This was 1928…not 2012.

The Guinness family was, by all accounts, a godly family and one the Lord used greatly in His service. What most fascinates me is not the novelty of utilizing beer as an instrument to spread the Good News but how a Christian businessman incorporated his faith so holistically in his business. Today, the world needs more people like Arthur Guinness.

Let me conclude this blog post with a departing question to you. What are you doing now that is giving glory to God?What tool are you using to maximize your God-given talent to advance the Christian mission?

If this blog post piqued your interest, I highly recommended Stephen Mansfield’s book, The Search for God and Guinness. It is a fantastic read even for those like myself who don’t enjoy beer. Mansfield ends the book, capturing the essence of the Guinness Way: