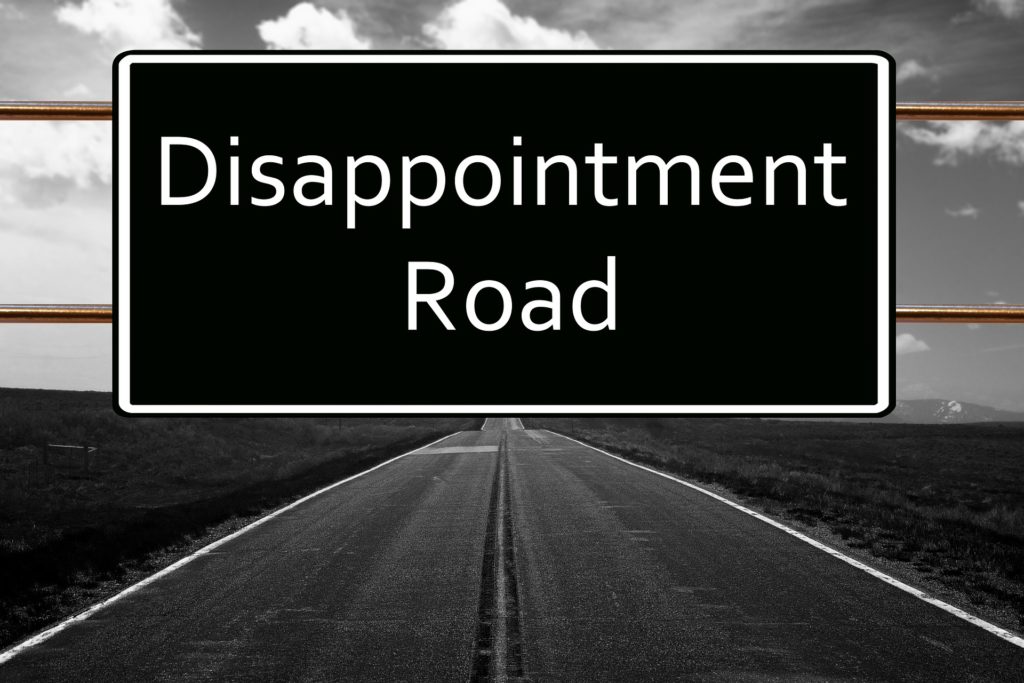 I was recently cleaning up some physical files, when I ran across a spreadsheet from 2008/09 listing IBEC projects which provided data on the status of the start-up, metrics for success and other interesting information. I found it curious that many of these businesses we worked with in the first two years of our existence have “failed”.

It reminded me of a conference in Arizona a few years ago, when after I had cited many success stories, a person in the audience asked me, “don’t you guys have any failures?”

Now I would be the first to recognize that “failures” are not really failures, but more accurately experiments in learning. In the famous words of Thomas Edison, “I have not failed. I’ve just found 10,000 ways that won’t work.” And so it may be with those early years in IBEC.

There is no perfect assessment of a cause-effect relationship, and I acknowledge that my perspective is personal and anecdotal, however I believe those closest to these situations would concur that what I relate here is at least at least one primary reason for the demise. Here is an effort to “remember the past” with a view to giving reasons for the demise of each dream and a statement of what we learned. I will not provide specific identification of the geographical area nor the persons involved out of respect for security issues and the fact that I do not want to disparage the efforts of anyone.

Agricultural project in the Balkans: There was an excellent team led by a well-respected and experienced couple in place and even some business expertise on the team. Several hectares of land were leased, and research seemed to indicate that tomatoes would be in demand in the capital a 2-hour drive away. In the second season of operation, there was a bumper crop and there was optimism from the several tons of produce. What happened? Because of a glut in the market, the contract became worthless due to cultural factors that were not considered. Various supermarkets had “guaranteed” to take the product, but when the glut occurred and the prices dropped, the written contract was ignored leaving the expat team with rotting tomatoes. The good news is that they re-grouped a couple of years later when they discovered that raspberries had more potential. They are still in business. We learned the importance of understanding the nuances of culture.

Consulting company in a former Soviet Republic: Jeff was a successful business man in the USA and entered this Asian country in partnership with a like-minded national attorney. Their business model was to provide real estate and cultural expertise for foreigners doing business in the country. What happened? It looked like a great match, but the local, who had access to the bank accounts, ran off with all the money and the clients. Jeff was left with little recourse in a foreign land. However, Jeff was a true entrepreneur and he went down the street in the same city and started over. That company did well and he sold it eventually for a good profit. We learned the importance of risk assessment and contingency planning, especially in countries without a Judeo-Christian ethics.

Engineering Company in the Middle East: A western European company was doing business in an Arab country known for Islamic radicalism. Government contracts allowed for visas for the expat workers. IBEC’s consulting was focused on helping families live in this desert country, and how to integrate faith into the workplace in a Muslim context. What happened? Radical elements shot and killed one of the employees and it became very difficult for all foreigners living in the city. Soon several families who loved the people and had learned the language moved to a calmer place in the middle east. We learned that some places are of such high risk because there is no “rule of law”, and normal contingency planning is all but impossible.

North Africa Outdoor Activity Company: This company was well coached and well prepared to provide tours for Europeans interested in the outback of the country. There was a good team in place and the leader was well trained and experienced. In the 2nd year they were experiencing excellent profit margins on tours. What happened? Two things precipitated the temporary closing of the business. One of the key product developers decided to give up and leave the country, leaving the leader without a key assistant, and secondly, they discovered the reason why they were unable to scale the business. They could not be overcome some distance factors and poor infrastructure. They sold the business to a business person from the UK and the company has started up again with some major changes. We learned that one cannot be too careful in the testing stage and have pivots in mind from the start.

Sheep farm in Senegal: A native of Togo had moved to Senegal for missionary work among a people group there. He spoke several languages and was loved by the people. He contacted us to help with a feasibility study while they purchased some land and bought some sheep. There was an evident market for mutton in this Islamic country. What happened? After several attempts to find someone to lead the business as a full-time job, the operation was closed. We learned that without the right person, the operation will fail. There must be a leading person with the vision, expertise and time to grow the business.

Photography business in East Asia: The leader of this business was experienced in the area, spoke three languages, and had a product that seemed marketable. The photography business was aimed at tourists and resident expats who wanted quality photo shots of their work and of the country. The photography was of high quality and great efforts were made to market the idea. What happened? Despite the efforts of the couple and consultants, the business never really produced significant revenue and became more of a hobby than anything else. We learned that without a customer, there is no business. There should have been more research, which would have demonstrated an insignificant number of customers willing to pay market prices for the product.

Water retention and distribution company in Indonesia: The owner had a science background and the family loved the country and were well liked by the community. They had significant success in raising money in the US for rain storage units which then piped clean water to the remote villagers. It was a much needed and appreciated social project. However, the day came when NGOs were being expelled from the country and the decision was made to make this a For Profit business. The IBEC consultants attempted to teach management, marketing, product development, capital acquisition, financial planning and other principles. What happened? The leaders found it difficult to learn and develop the necessary business skills, and they decided to leave the business and return to the USA. We learned that it is next to impossible to transition a Not-For-Profit to a For-Profit using the same people.

Coffee Farm in Haiti: Coffee had been a primary product in some of the hill areas of Haiti, and some farmers were contracted to grow it again and to provide beans to a small fair-trade producer. This was set up like a cooperative, and profits were to benefit the pastors and their ministry. What happened? Before long, the missionary left the country, and the business never really scaled into anything significant, though a few growers began to sell their product to the bigger buyers. We learned that motivation is a key component in business which is meant to create wealth and it does not work well to begin a business to support another time-consuming effort such as pastoring a church.

These and similar stories provide opportunities for learning. While to not reach a pre-determined goal can be fairly considered a failure; the opportunity to move on with the experience and all that is learned is of high value.