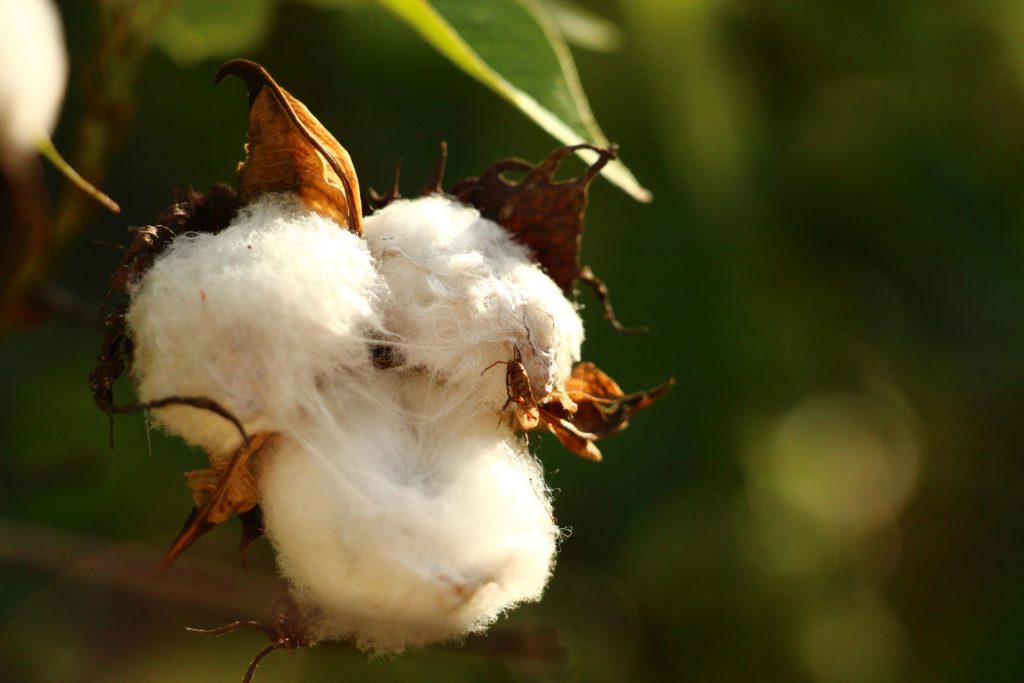 My wife and I, being true Northerners, had never observed cotton growing on a plantation until just recently.  Those fuzzy bolls of soft cotton intrigued me to think about the history of cotton in America.

Even though cotton had been grown in the South from colonial times, by the 1790’s rice, tobacco and indigo dominated the Southern plantations.  However Eli Whitney’s invention and patenting of the cotton gin in 1794 stimulated “King Cotton” in the Southern states.

Whitney was an inventor of more than the gin and even though his cotton gin was pirated multiple times, it transformed southern agriculture.  However an unintended consequence was the preservation of slavery.  By 1860 one half of the Southern population was enslaved, due to the resurgence of cotton.

Whitney however was a devout Puritan and did much to help working conditions in his factories.  He constructed groups of residences for workers and instituted a series of ethical guidelines meant to promote harmonious and fair relationships between employers and employees.  These values were rooted in Puritan beliefs.  He married the granddaughter of evangelist Jonathan Edwards.

All of this got me thinking about future agriculture which is so fundamental to the preservation of the human race.  So much of the world suffers with malnutrition or starvation.  What is the role of Christians in the agribusiness world?  Surely there are modern-day “Eli Whitneys” who will contribute new technology and new methodology which will save and improve lives, while at the same time promoting God’s Kingdom values.

What will BAM agribusiness look like in the 21st century?  Will it be new and improved hydroponics, sea cultivation, biodiversity, urban agriculture?  Will it include improved seeds through genetics?  Will it be animal husbandry with an ethical basis?  Certainly in the manner of Whitney, agribusiness should be driven by value-driven Christians who will protect the environment, respect animal species, and do so based on Godly creation principles.