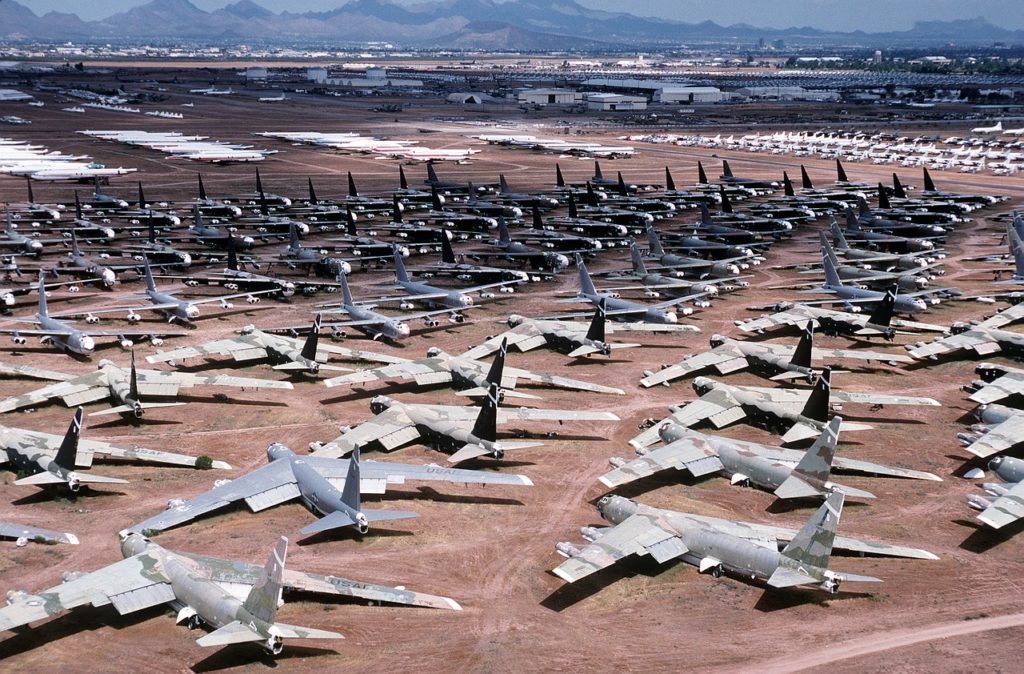 The word impossible is not in my dictionary. – Napoleon Bonaparte

I was recently driving through Tucson, Arizona and decided to go out of my way and visit the famed airplane graveyard in the desert. Hundreds of planes are parked there because it is a safe, dry place. Many will never fly again but many are still very useful; it is just that there is no market for them.

First a little background on the salmon industry in Alaska.The salmon return to their streams to spawn on a God-given cycle and they return at different times throughout the summer. So when they come to Cook Inlet, the fishermen are ready for the summer’s catch; similarly when they come to Bristol Bay, or to the Copper River area or to the Yukon River. The trick is that no one knows when that time is.

The net result of all this is that the processing plants (such as the one we operated) have a feast or famine situation. There is either so many fish we can’t keep up processing 24/7; or we are sitting around waiting for the fish, paying stand-by crews to do nothing.

An innovator comes up with a novel workable idea; and the entrepreneur makes it happen. I don’t know who thought of the idea, but I know that Doris made it happen.

The novel idea was to fly fish by airplane from an area with a glut of fish to an area waiting for fish to process. So if Bristol Bay had too many fish to handle, why not fly them by the plane load to Cook Inlet where the plants were waiting for their fish. Then when Cook Inlet is glutted, fly their fish to the plants in Bristol Bay which are winding down their operations. A novel and gutsy idea!

Many things needed to happen. Many things could go wrong. But Doris looked at this challenge the way she always looked at such challenges with a “why not? not “why?” perspective. She made some phone calls to the Arizona desert and discovered that DC-3s, 4s, and 6s where sitting there still operable. She also knew the Vietnam war was winding down and young pilots who had returned, were still itching to fly.

So she made it happen – hiring pilots, paying licensing fees, leasing planes, renting tarmac space at small airports, buying fish totes and bringing it all to Alaska. People thought she was crazy. I was one of them. However, not only was it profitable for our company, but she set the stage for an industry of flying fish which continues to this day.

There were lots of risks – too many to discuss in this simple article– but I did learn some things from working with a master risk-taker. Next week I’ll share nine things I learned in hopes that it will help you as you, whether you’re more like Doris or more like me. Come back next week for Lessons I learned from a risk taker – Part 2:

I am looking for a lot of men with an infinite capacity for not knowing what can’t be done. – Henry Ford