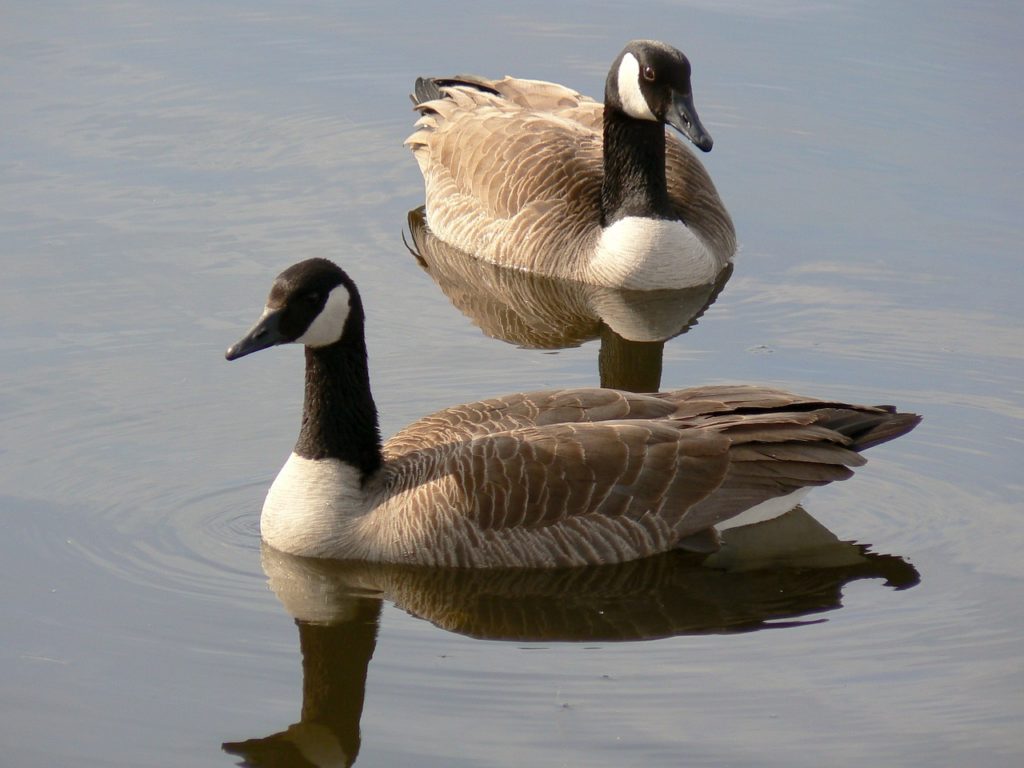 The other day I was on my walk in Magnuson Park near our place in Seattle. The park has sizable wetlands and I have been enjoying seeing various kinds of ducks and geese in typical spring activities. There are ducks such as Buffleheads, Scaups, Grebes, Coots, Wigeons, Goldeneyes, and Mallards. And there is the Canada Goose, perhaps my favorite.

Unlike the ducks, Canada Geese mate for life and I got to wondering how they choose a mate. And after the annual breeding, feeding and maturation of the young, comes the fall migration where they team up with others in the long journey to warmer climates. It seems like ornithologists and biologists still do not have conclusive answers to some of these questions about how mates and teams are generated.

It is funny how the mind wanders when observing something like geese in the springtime. I got to thinking not so much about how humans choose their mates (there is plenty written on this) but on how business teams are selected. It seems that here too we still are learning about the most important qualities to look for in team formation and top level executives.

The March 2017 Entrepreneur cover story piqued my interest. Entitled, “Build the Perfect Team”, Paul English of Kayak fame asserts “…the key to success is the people I hire.” Later in the article he says, “The most important thing any entrepreneur can do is focus on the team.”

Most of us have read at least one book or article by Patrick Lencioni. While waiting for my flight recently in Chicago’s O’Hare airport, I stopped to read part of his most recent book, The Ideal Team Player.1 Lencioni boils the decision down to three qualities: Humble, Hungry and Smart.

Humble. C.S. Lewis states, “humility is not thinking less of yourself but thinking of yourself less.” Not unlike Philippians 2:3 “Do nothing out of selfish ambition or vain conceit. Rather, in humility value others above yourselves.” Or “Be completely humble and gentle; be patient, bearing with one another in love.” Ephesians 4:2.

Veteran Kingdom entrepreneur Bill Job, says that the definition of Business as Mission is simple. It is “walking with God at work.” He tells the highest officials in his Asian country, “I don’t own this business…I am simply a steward for the owner.” The companies which have spun off from his parent company give evidence of the ability of Bill to find humble people and help them continue that even with success in business.

There is an adage which stages “…hire for character and train for skills.” There is a lot of truth to consider in that. Wild Bill Donovan who headed the OSS intelligence unit for the USA during World War II stated, “the most important qualification for our operatives is strength of character.” The OSS became the forerunner of the CIA.

Years ago, Samuel Johnson said, “Integrity without knowledge is weak and useless, but knowledge without integrity is dangerous and dreadful.” Warren Buffet says it this way: “In looking for people to hire, look for three qualities: integrity, intelligence and energy. But if they don’t have the first, the other two will kill you.”

Hungry. Lencioni means that he looks for employees that are self-motivated and diligent in their work. This is close to what Buffet calls energy. Hungry, means they have a strong work ethic, are determined to get things done and contribute any way they can, says Lencioni. He continues…people who are hungry, but not humble or smart can be called a Bull Dozer. They have lots of drive and ambition, but they can’t work with others. And they leave a trail of dead bodies around them. Know anybody like this? They are likely contributing to a dysfunctional team.

How about people who are humble and smart but not hungry? These people survive in organizations a long time. They mean well and people like them. They just don’t want to do that much work, they do just enough work to make it hard for you to do something about it. Hard workers get really frustrated by this person.

I have been around Not-For-Profits a long time and there are many people like this. Lencioni calls them lovable slackers. I once had a colleague who said, “I would rather keep trying to reign in a galloping horse, than try to kick a dead one into action.” I agree.

Smart. Lencioni is not talking about intellectual smarts but about common sense around people. Smart people are people who are good at practicing emotional intelligence. They know what they say to others and how it impacts them. Hiring for intellectual smarts is not a good idea.

I once had a staff member who had just read Daniel Goleman’s book on EQ. She came quietly into my office, shut the door and said, “John has an emotional intelligence of zero”. She was obviously frustrated with another employee who was really intellectually smart and experienced, but lacked common sense in working with people.

Lencioni goes on to define smart as one who generally understands what others are feeling during meetings and conversations. He/she shows empathy for others on the team, and demonstrates an interest in the lives of his/her teammates.

Whether these three virtues are called humble, hungry and smart, or something else, they are worth consideration in our pursuit of team players, top leaders and others partnering with us in business startups.

1 Lencioni, Patrick. The Ideal Team Player – How to Recognize and Cultivate the Three Essential Virtues, 2016