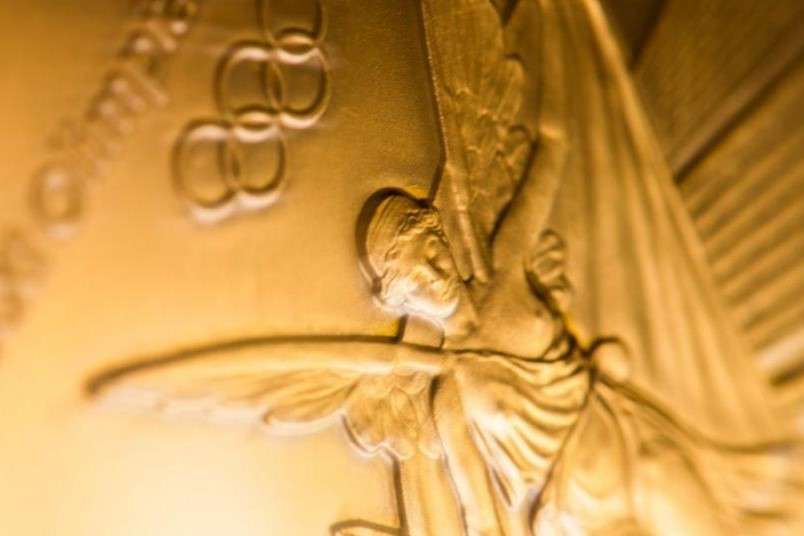 In August, Ashton Eaton won the Olympics decathlon gold medal for the second consecutive time, a feat not accomplished since 1984. He holds the world record in that event.

How is it that a poor kid from a small town in central Oregon with no resident father could rise to be called the “World’s Greatest Athlete”? I learned the answer while listening to Ashton and his mother Roz speak at a TEDX event in Bend, Oregon earlier this year.

Roz, a single mom spoke on the topic, “How to Raise an Olympian”1. She was complemented in her speech by her son Ashton. As it turns out, Roz knew nothing about the events of the decathlon, nothing about athletics and she had no money for sending Ashton to sports camps and clubs. But she taught him something more important which set the stage for his success.

Roz consistently told Ashton, “We have to find out who you are and pursue greatness in whatever that is.” She never said “do this” or “do that”. She never sent him to school to learn to run and jump. She taught him to be “comfortable in his own skin”, to find out how God had made him and to develop that to the fullest extent.

For a while Ashton thought he wanted to be a fighter pilot, then a Ninja Turtle (typical of childhood dreams), but he soon learned that God gave him athletic ability. As that became more and more evident, coaches emerged who saw the talent and worked with him in high school and at the University of Oregon. But Roz taught him to know who he was and develop it fully.

That got me to thinking about how God has wired people for business, for creating jobs, and for creating wealth (Deuteronomy 8:18). When that becomes evident it is all important that those people pursue that ability to the fullest. Mats Tunehag quips, “If God has called you to business, do not stoop to be a pastor or missionary.” Be a Kingdom business owner, manager or entrepreneur if that is how God has wired you. It is a high and holy calling as much as anything else.

IBEC looks for men and women gifted and ‘wired’ for business and ready to use that for the glory of God to the ends of the earth. Is that you?

1 Watch this on YouTube: How to Raise an Olympian | Roz & Ashton Eaton | TEDxBend.

An added note: Ashton Eaton is married to Canadian Brianne Thiesen Eaton, winner of the bronze medal in the 2016 heptathlon in the Rio Olympics.