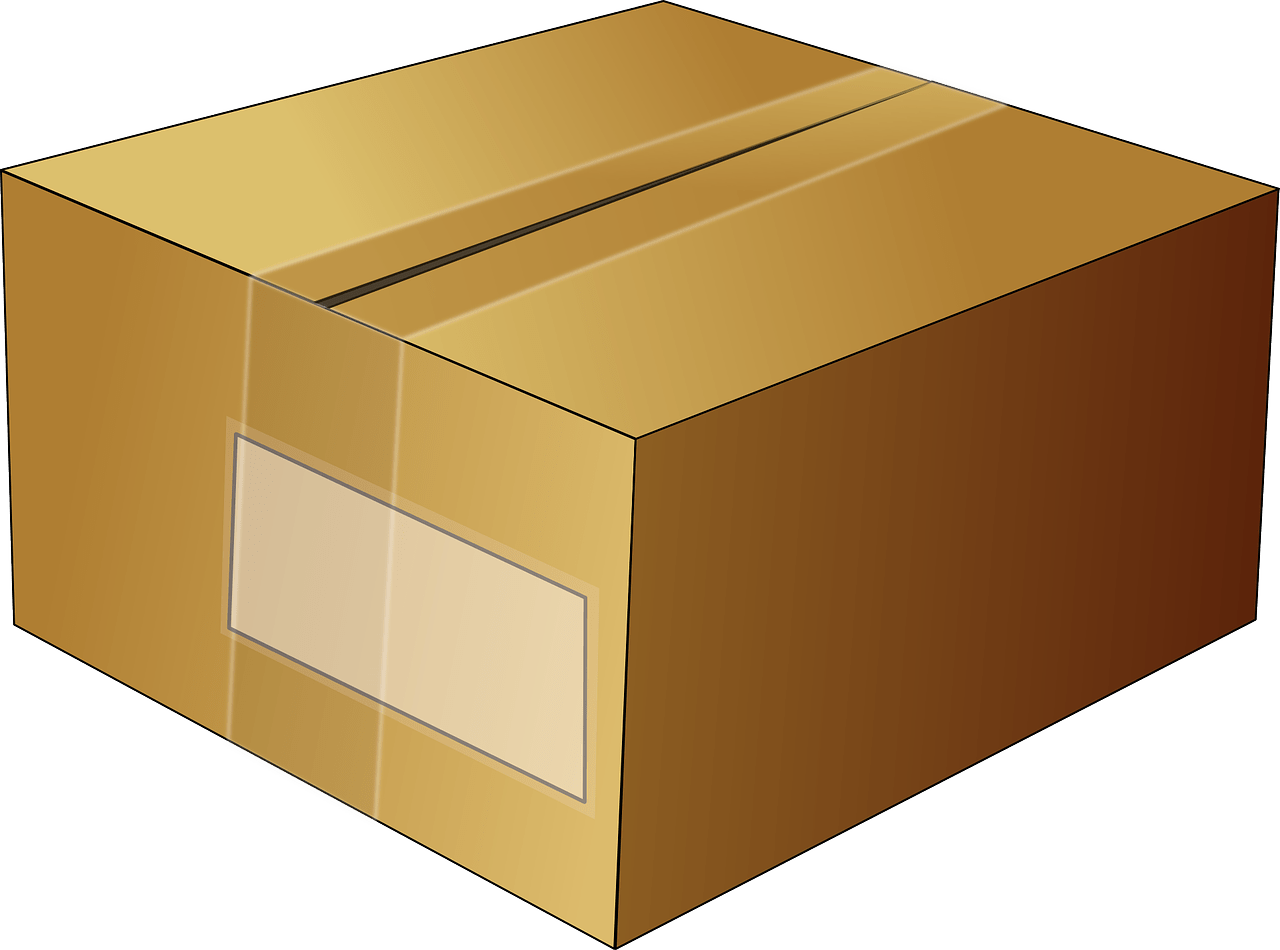 A couple of weeks ago, I had coffee with Derek Gillette.  We had an interesting conversation about his journey in life and we discussed our passion for business and for following Jesus.  He shared with me his blog address and when I got home, I found this blog.

It is interesting because of the popularity of the lean startup philosophy’s propensity to just throw stuff on the wall and see what sticks (or in his terms ‘Just Ship It’).  Actually, I believe in the learn startup approach, but Derek shares several points of ‘pause’. I share the first and last of four points.  Read the entire article by clicking here.

The popular mantra right now is, “Just ship it.” But I’m not 100% on board with that philosophy.

Now before you go screaming about best practices and regurgitating quotables from Lean Startup, Eric Reis and Reid Hoffman, let me explain.

To start with, I want to introduce you to the single most important question known to mankind, “Does it matter?”  Grab your sheet of ideal features, wish list items, and anything that’s causing delay in your product launch (btw, I use the term product to mean anything you’re building). Now roll through that list and for each item ask, “Does it matter?”

Now if it just doesn’t matter, which A LOT of times it doesn’t, then by all means, ship it.

For the remaining 20-25% of you, some item on your unbuilt list does matter.

To help you make that ever-important “ship or not” decision, here are four other criteria to consider (seriously though, never forget lesson one: it just doesn’t matter).

Especially important if you’re selling into a niche market. I worked with a company who was building an app for the equestrian space. There were several competitors already launched in the industry, but none of them had nailed the features that the customers really wanted. One competitor in particular had launched with a very early beta version, and it was such a turn-off, that they instantly developed a reputation in the space as a product that just didn’t get it. No matter how many updates they released, the reputation stuck. Even a rebranding couldn’t save them. Game over!

When you’re selling to a very defined and limited set of customers, who share resources with each other, and those customers don’t give their attention easily (they never do), a positive first impression can be a powerful force. Consider this example from Nextdoor. 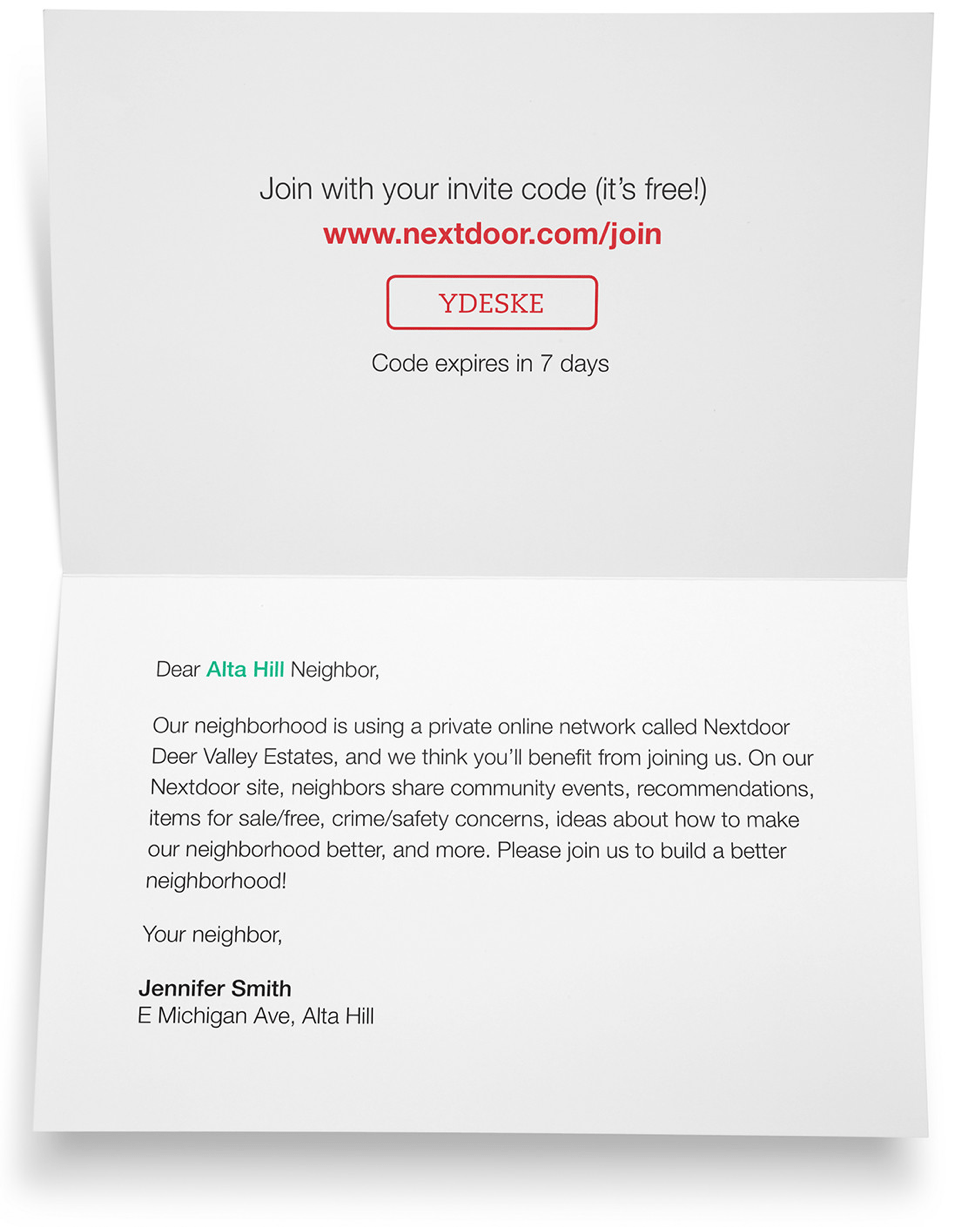 We recently moved into a new neighborhood and within the first couple weeks of arriving, one of these letters arrived in the mail for us, customized with our name and city. Let’s break this example down:

I reached out to Nextdoor to better understand where this idea came from.

“Most people don’t know their neighbors, so they definitely don’t have their email address. The co-founders of Nextdoor knew they needed an offline way for neighbors to invite neighbors – and the idea for postcard invitations was born.” Kelsey G., Nextdoor PR Dept.

Can your product survive a “just ship it” reality without a strong first impression? Or do you need to hit the pause button while you craft something really meaningful?

Do you really want to negotiate a non-negotiable?

Culture isn’t made up of a list of values on a wall, no matter how many times you make employees recite them on the spot in front of everyone during the weekly all-hands meeting.

When push comes to shove, which one gives first – your values or your profits/launch date/fame/etc.?

Consider the example of Windows Vista, covered by Joan Schneider & Julie Hall in a Harvard Business Review article, “Why Most Product Launches Fail.”

“In 2007, when Microsoft launched Windows Vista, the media and the public had high expectations. So did the company, which allotted $500 million for marketing and predicted that 50% of users would run the premium edition within two years. But the software had so many compatibility and performance problems that even Microsoft’s most loyal customers revolted. Vista flopped, and Apple lampooned it in an ad campaign (“I’m a Mac”), causing many consumers to believe that Vista had even more problems than it did.”

Wow, a product launch so poorly executed that it damaged the relationship with even their biggest raving fans (and we all know that Microsoft fans can be quite passionate). Talk about a culture killer.

Lest we think that a “just ship it” mentality automatically hurts culture, look at this recent example from Elon Musk. He took an idea from concept to launch in just 6 days.

Elon operated within his company culture by moving quickly and responding in real-time to customer pains. He realized that to get the launch exactly right just didn’t matter. The more important thing was to get it done fast to show how motivated they are to support their growing Tesla community.

Let’s remember too, the wisdom shared by Airbnb co-founder and CEO Brian Chesky. He reminds us what the pot of gold at the end of culture rainbow looks like:

Don’t just ship it if culture may be compromised.

Wrap it all up for me, a bow would be nice

When considering to ship or not:

If the answer to question one doesn’t provide clarity, consider the following four criteria: