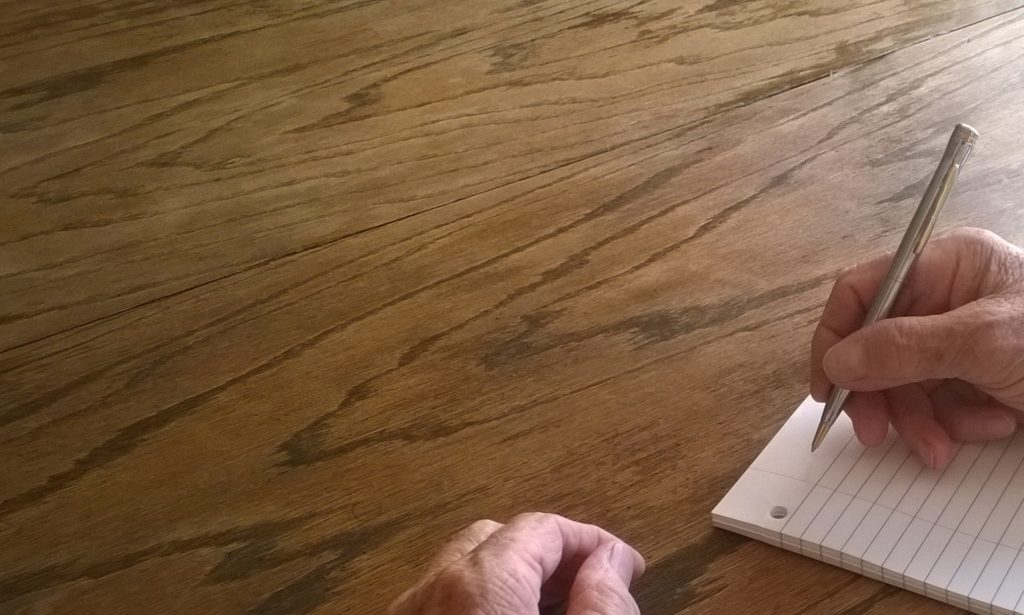 I’ve been blessed with some incredible opportunities in life.  While I regret not taking full advantage of all of them, I’m thankful for what God and others have taught me over the years about that which I have been called to do – run stuff!

I’m also called to teach and to inspire others to use what they learn for the betterment of the world. With that in mind, I recently sat down to write to my grandchildren, sharing with them leadership lessons I’ve learned through a lifetime of experiences, both failures and successes.

If you are called to run stuff too – whether a business, a team, a not-for-profit, a church or whatever – I hope that my experiences and the lessons I’ve learned from them will help you too. Here’s Part 1 of “Leadership lessons for my grand kids”:

1.    Others are often better at something than you are – get over it!

While growing up, I loved ice hockey and worked hard to become skilled at it.  I was even deluded to think I could go pro someday.  While in junior high school, two of us, Steve and I, were invited to play on a local men’s team.  Steve was two years younger than me but he was much better.  We played on various teams together into our college years, but even though I was captain sometimes, I had to realize I was not always the best player.  As a leader, my role was to be complementary and to help others to be successful.  It took me a long time to learn that but it is an important principle of leading any kind of team – and of leading a business.

2.  It is important to trust people on the team to do their job.

I was a school principal for a number of years.  When I started I wanted to help Judy teach her 3rd graders.  I thought I knew all there was to know about classroom learning – since I had been teaching high school for several years.  How foolish!  But after a while I learned that Judy was one of the best 3rd grade teachers in the world.  I finally learned to trust her to do her job, and I learned to say, “Judy, if I can help you get a resource you need or help you in any way, please let me know.”  When we are on a team, or working together with others in a school – or in business – we must trust others to do their job.

3. Get to work early – before others.

I thought at one time that this was just my nature, but before long I learned that other people noticed – and cared.  In heading up a mission agency in Brazil, I learned that the expats and Brazilians alike took note and realized they could come and talk to me at that time and pretty soon they started to come on time to work; sometimes a challenge in Latin America.  There is nothing like demonstrating what you expect in the workplace – it works far better than telling someone to do something – no matter if it is in school, church, a sports team or business.

4. Look around for ways to improve a situation.

Most of us do not start with the ideal job or ideal position within an organization.  I remember my first day on the job in a fish processing plant in Alaska. The boss told me to sort fish eggs – millions of them (called roe and considered a delicacy in Japan).  I did this for half a day and I had a headache by noon; and I began to think that there had to be a better way to make a living.  So at lunch hour, I asked the guy beheading fish, if he could teach me how to ‘head’ a fish since that looked like a gravy job to me.  Pretty soon I was heading fish (which turned out not to be the best job either).  However, I looked around again and thought I would like to learn to drive the forklift – which I did.  It was not long before I could do most jobs in the plant.  The next summer I was a foreman and the next year after that I was the plant manager.

5. Always try to understand others by listening and asking questions – be a learner.

Nine years ago I started IBEC, a Business as Mission consulting group.  Since doing so I have met lots of really interesting and skilled people – vice presidents of Fortune 500 companies; people who have started their own companies; attorneys experienced in foreign affairs; bank vice-presidents; pastors who understand BAM; theologians; entrepreneurs and college presidents.  I had a lot to learn from such people. I had to learn from them even though I may have learned enough to get by in my job. I realized there is always a lot more to learn.  For example I learned from Ken that we do not have a business unless we have customers!  Duh – right!  Why didn’t I think of that?  We always need to listen to others, be lifelong learners and ask honest questions.